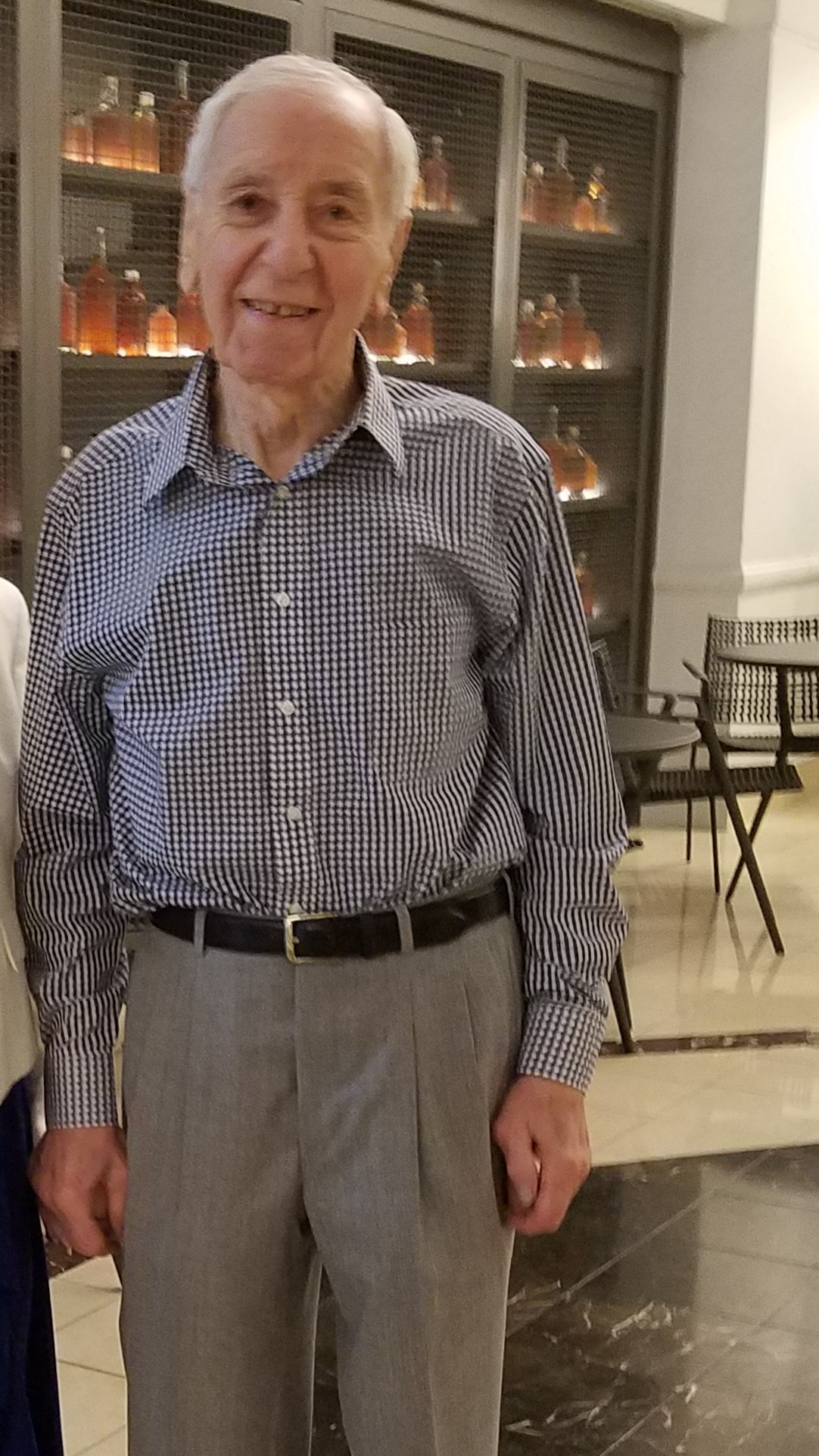 Marco J. Polito of New Providence, NJ and later Savannah. GA, passed on peacefully at home.  He was one of the "Greatest Generation", having lived through the Depression and World War II where he served with honor in the South Pacific as Crew Chief with the Army Air Corps.  Marco had many memories of those times, but out of all that misery he managed to remember some light-hearted moments, most notably having lunch with Charles Lindbergh.

His career spanned six decades and involved travelling throughout the world.  He was a perfectionist and it was reflected in his work as an expert tailor and well-respected men's clothing designer, working as Head Designer for such labels as Pierre Cardin and Calvin Klein.  Marco's talents were so well-known that even football great Joe Namath requested him to design a series of custom suits.  The Parsons School of Design in New York City also sought him out to teach classes.  In 1984 he was elected President of the International Association of Clothing Designers.

Designing and sewing were also his hobbies.  Throughout the years, Marco's talent for pattern making and sewing extended from apparel to draperies and even upholstery.  Friends and family alike enlisted his gratuitous help with their projects.

Marco was a man of great character, always wanting to be of assistance but never asking for help.  He was the backbone of his family, full of wisdom, kindness, love, patience, and optimism. His gentleness extended to the many family pets and even some feral cats (much to his detriment)!  Family and friends were avid listeners of stories of his world travels and the interesting people he met along the way.

Marco was the beloved eldest of his two brothers, Philip and Richard, who predeceased him.  He leaves behind his loving wife of 71 years, Maria, cherished daughters Deborah Cattano (Michael Masters), Denise (Jim) Alexander, and many nieces and nephews.  In lieu of flowers please donate to any Veterans support organization.

Marco was a great Father in Law and a true friend. I treasure the stories that we shared over the years. Marco - once again - thanks for your permission to marry Denise.