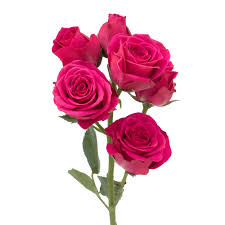 born on June 21, 1927, native of Poughkeepsie, NY and her parents were Earl and

Ethel Hawley. She had a brother Elliot Hawley who predeceased her. She attended

They built and lived in their home in Poughkeepsie, enjoying gardening and

gathering in their home. Being lifelong residents of Poughkeepsie they shared

their lives with lifelong friends. Those that knew Ethic also knew of her love for

animals, in particular the many dogs that made a part of her life, but also the cats

and rabbits. Ethie and Andy along with a group of close friends formed a tight knit

the first letter of last names: Hinkley, Mund, Mund, Heaton, and Roig. The

of “Mund’s Guns a Go-Go”. Ethie always happy to have gatherings at her home.

the Poughkeepsie Garden Club, Planned Parenthood, March of Dimes, past

Brothers Medical Center Board of Trustees, Chairman of the Board from 1985 to

New Orleans. She received the following awards, certificates, and recognition on

Recognition from the New York State Assembly in recognition of her

Certificate of Merit in recognition for her outstanding contribution as

a Life Trustee of the Foundation for the Vassar Brothers Medical

Center. The Dutchess County Executive Marcus Molinaro recognized her for

her years of dedicated service to the residents of the Hudson Valley.

family. Ethelyn is survived by her sister in law Winifred L. Mund of Savannah

GA, her sons David his husband Luke of Oklahoma City OK and Douglas of

Savannah GA., her granddaughter Hillary and her husband Ryan Schmidt, and her

Center would be appreciated.

Ethic will be buried alongside Andy in Fishkill Rural Cemetery at a later date.