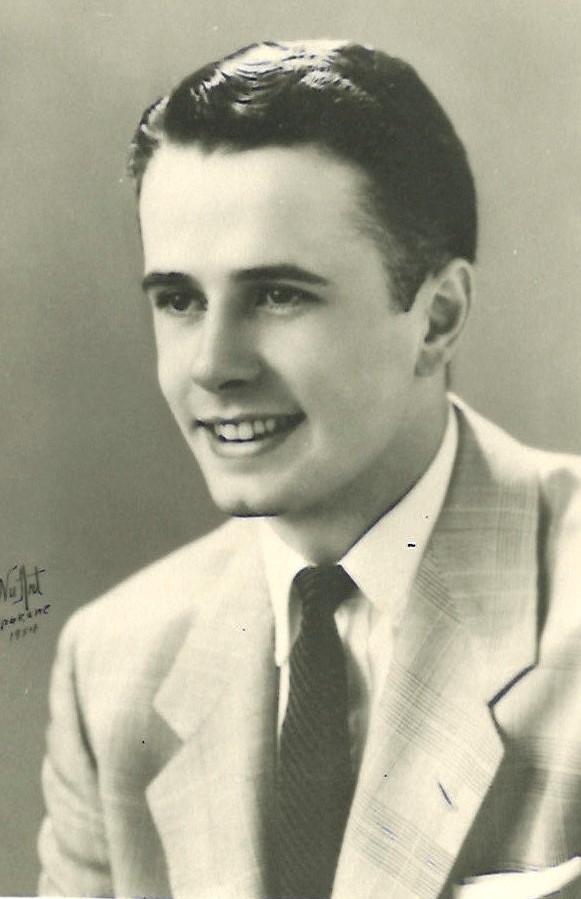 Charles (Chuck) B. McGough, 87, died peacefully at home Friday November 6th with his wife Elizabeth (Liz) and son Michael by his side.

Chuck retired after a 40-year career which included nuclear engineering research and development and as the lead US technical representative for an advanced nuclear exchange program with Germany. He also led the thrust chamber engineering team for the Gemini 11, Saturn and Apollo Rocket programs. Later he led several companies in the development of advanced laser technologies. In addition, he invented, patented and commercialized several products including the Plantastic houseplant watering system to tend to Liz’s houseplants, while they were on their many worldwide travels.

He was an active parishioner at St. James Catholic Church in Savannah and an enthusiastic golfing member of The Landings Club on Skidaway Island.

In addition to his wife and sons he leaves behind seven grandchildren, Gregory, Emily, Brian, Sarah, Christine, Hannah and Kelley. He was predeceased by his brother Jack, sister Patricia O’Brien, and sister Sister Mary Charles O.S.B.

The family will be holding a private memorial service in the coming days.

In lieu of flowers the family suggests a donation in Chuck’s memory to The College of Saint Scholastica, 1200 Kenwood Avenue, Duluth, Minnesota   55811.

Mike & Gloria, you know our hearts are with you. Chuck was one of those really great guys that you can be proud to have as a relative and a friend.

My condolences to the McGough family.

My condolences to the McGough family. Sending prayers of peace and strength your way. Un fuerte abrazo for Arleen, Mark, and the girls.

Aunt Betty Ann, Our love and prayers to you and your family. Uncle Chuck will be missed.

We are very sorry for the loss of your father. May the memories and good times of time together put a smile on your face.

Your Dad lived an amazing life. Our thoughts and prayers are with you and your family. David and Sally Curley

We are incredibly sorry for your loss. Our love and prayers are with you all.

Liz and family, we are so sorry to hear about Chuck. He was such a brilliant and personable man. We enjoyed our times together with you both. Hugs, Susie

Heartfelt condolences & prayers to Liz & the entire McGough family. We are blessed to have shared fond memories with Chuck that we will cherish. Sending big hugs to Mark, Arleen, Emily, Sarah & Hannah. May you take comfort knowing that there is one more angel above us. Grandpa is sharing laughs with Abuelo in heaven! We love you.

My sincere sympathy to the entire McGough family on the sudden and unexpected loss of Charles. His son Tim is a close friend and colleague of mine.

We are sorry to hear the loss of the McGouch family. We are friends to Chuck’s son, Steve, and heard about Chuck’s great career achievements as well as a wonderful role model. Our hearts are with you.