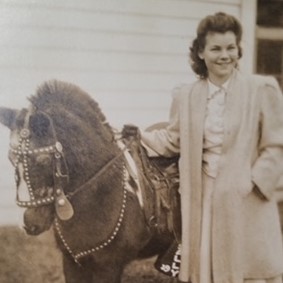 Eunice Smith Saxon, 98, passed away Friday, October 30, 2020 at her residence.  She was born in Savannah, daughter of Clair Harris and Elizabeth Musselwhite Smith.  She was a graduate of Commercial High School and a member of White Bluff Presbyterian Church where she was also a member of the Women’s Auxiliary.

Mrs. Saxon began her banking career with First Federal Savings and Loan later Great Southern Federal.  At the time of her retirement after 25 years, she was the executive secretary to the president and chairman of the board.

Other than her parents, four brothers, two sisters, she was preceded in death by her husband of 64 years, Fred Eason Saxon.

I know it wasn't unexpected, but it was still difficult seeing Eunice's obituary in the paper. She was such a sweet lady. She will be missed, ♥ Dawn & Dan

With love and beautiful memories

Eunice was my aunt on my fathers side of the family. She was a beautiful person and her cheerfulness was very contagious. I will miss her.

Very sorry for your loss. My mother, Renetta, and Eunice were friends for a long time. I remember Eunice fondly.

My deep condolences to the family. May she reign with the angels.