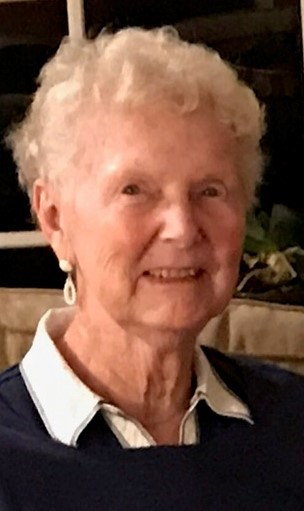 Mary married John B. Clapp, Jr. in 1947 in Hingham, Massachusetts and they lived in Massachusetts. New York, New Jersey and Wisconsin before moving to Savannah in 1982.

Mary was always very involved with her churches.  In the Diocese of New York she was one of the first women to serve on an Episcopal vestry and served on four different vestries over the years.  She was a founding member of St. Peter’s Episcopal Church on Skidaway Island serving on both the Building Committee and the Design Committee.  She was St. Peter’s first Treasurer and served on the Diocesan Finance Committee.

Mary was a life-long volunteer serving on the board of the Madison (Wisconsin) Symphony, the Food Bank board, Chatham Academy, as a long time pink lady at Chandler.  Mary was still volunteering at her church office until Covid closed it in March.

Mary was a member of the Landings Club enjoying golf until she was 90.

Mary is survived by her son, John B. Clapp III and his wife Stephanie of Camden, Maine, her daughter, Sally Robinson of Savannah, grandsons Colin Palmer and Whitney Palmer of Savannah and a granddaughter Carrie Gefri and her husband Todd of Newtown, Pennsylvania.  She is survived by three great-granddaughters, Emma, Charlotte, and Mary.

Interment will be in St. Peter’s Memorial Garden immediately following the service.  Remembrances may be made to St. Peter’s for the John Clapp Memorial Organ Fund.