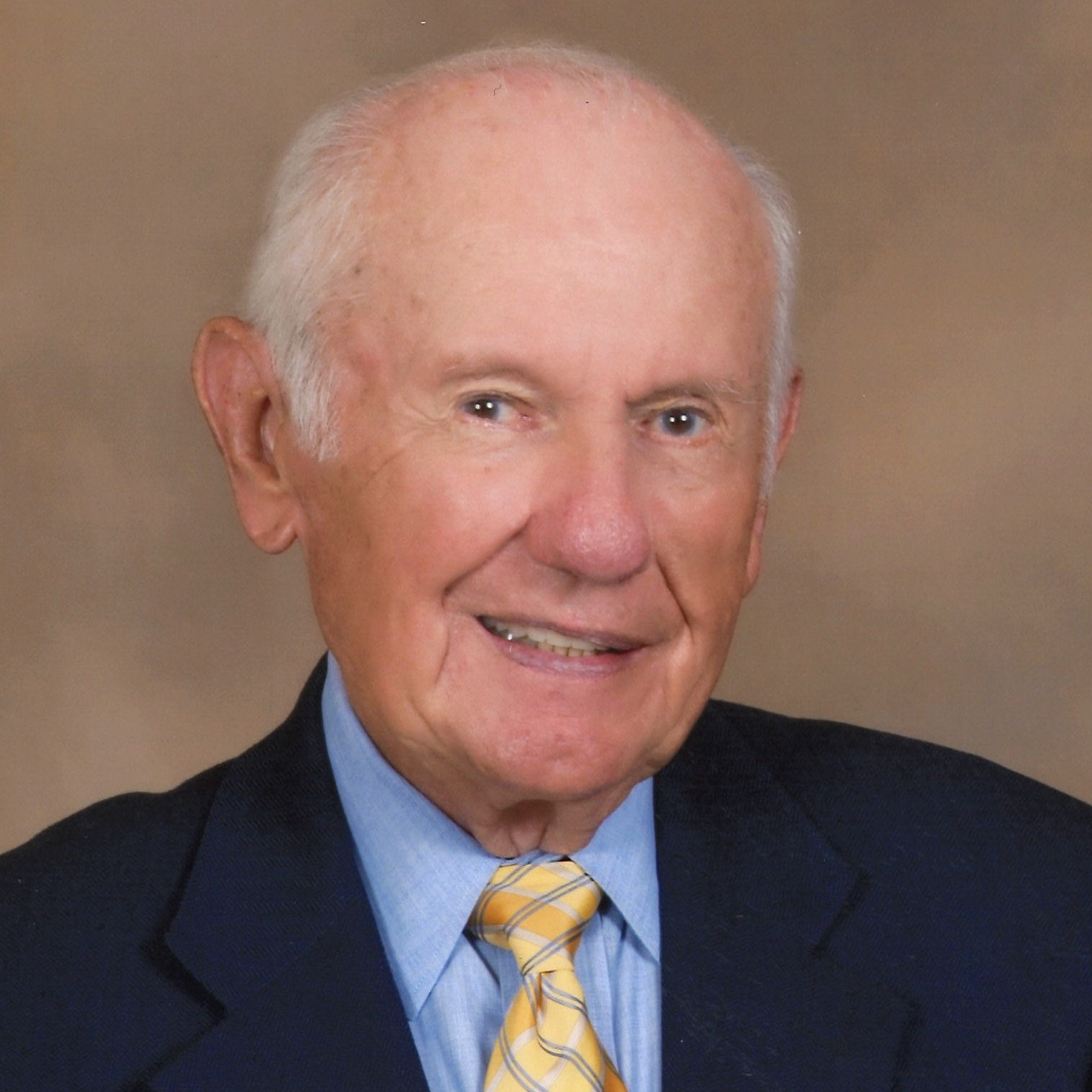 Jack Kaster died September 8, 2020 at age 91 at his home of 28 years in Savannah, Georgia, after living 24 years in New Canaan, Connecticut. He was a senior executive for 33 years with IBM when the revolution of computer technology began, and then spent 30 years leading charitable organizations when he retired in 1987.

He once attended a two room school house in Humboldt, and both Jack and Joan Kaster were the first in their families to graduate from College; he from St. Norbert College and she from Indiana University. Jack loved music and played saxophone in a dance band to pay for College. He fought in the Korean War as a First Lieutenant in The Army, 3rd Infantry Division, 7th Regiment. On May 23, 1951 he was wounded in combat, and awarded the Bronze Star and Purple Heart.

He loved his large family. Together with Joan they welcomed many friends to their cottage in Clinton, Connecticut and to their home in Savannah. He enjoyed sports, especially golf, and was a 28 year member of The Landings Club. He was a life-long fan of the Green Bay Packers.

Jack was president of the Fairfield County Council Boy Scouts. He was awarded The Silver Beaver, the highest national non-Scout honor. He was on the board of The Savannah Symphony Orchestra. He was Chairman and then lifetime board member of the Live Oak Public Libraries Foundation in Savannah, which he served for 20 years. He served on the Board of the St. James Catholic School, and numerous other charities.

Jack's passing is a terrible loss. He was a wonderful man and always involved and interested in everything.

Jack was an extraordinary person. I had the pleasure of working with him on the Live Oak Public Libraries Foundation, which he founded. He was dedicated to the community and devoted to making a better world.

I knew Jack when he was head of the Live Oak Public Libraries Foundation. He was dedicated to improving children's lives of through reading.

Jack was a good friend and will always be remembered. I will keep him in my prayers.

To family of Mr Jack Kaster, you all have my greatest sympathy, he was awesome,when he would came into the office, he always would have sun ray light of smile, I admit my shoes were always bright at work, he could not help saying "bright shoes today" with smile, I always say what a better way to brighten our patients. Mr Kaster rest in peace, you were so strong and brave, your memories will not ever be forgotten.

Our thoughts and prayers go out to the whole Kaster family. Jack was a complete man - from GOD and family to helping others to business and military service - Jack did it all. A life well lived. His legacy will live on thru his family and friends.

Joan, You and the family have my sympathy and prayers as you mourn Jack's death. He was a great contributor of his time to the school and made a lasting impact on it's continued growth. He always did a great job in explaining and encouraging the parish to participate in GRACE. He was a man of faith and faithful to the Lord. God Bless you all. Eternal Rest grant to him O Lord and let perpetual light shine upon him.

Our sincere condolences to the Kaster family. RIP ....Thank you Jack for your service to God and country.

For Joan and all of your family, we are so very sorry for your loss of Jack. He was an outstanding member of the community and a lot of fun to be with.

To the Kaster Family: In this difficult time in your life, may you find comfort in God's Word, the Bible. Psalm 55:22 encourages us to "Throw your burden on Jehovah, and he will sustain you." My condolences.