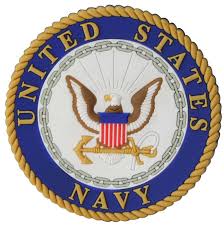 He served in the United States Navy during World War II on the USS Bergen.  He was a Coxswain on a landing craft taking support troops to Okinawa.  He had a passion for military aircraft, and built many World War I aircraft models from scratch.

Hugh was a communicant of the catholic church and attended of St. Peter the Apostle Catholic Church, member of the Knights of Columbus and St. Peter’s Men’s Club.  He was also a member of the Ancient Order of Hibernians.

Outside of modeling, Hugh had a passion for fishing, boating and traveling.

A memorial funeral mass will be held at 11:00 a.m. on Friday, August 21, 2020 at St. Peter the Apostle Catholic Church.  Social distancing and wearing of a face mask are encouraged.

With fond memories of happy times long ago with Hugh, and knowing how well he is loved still by so many, I send condolences on his passing - and wish him safe journey home. Love, Mary Ann