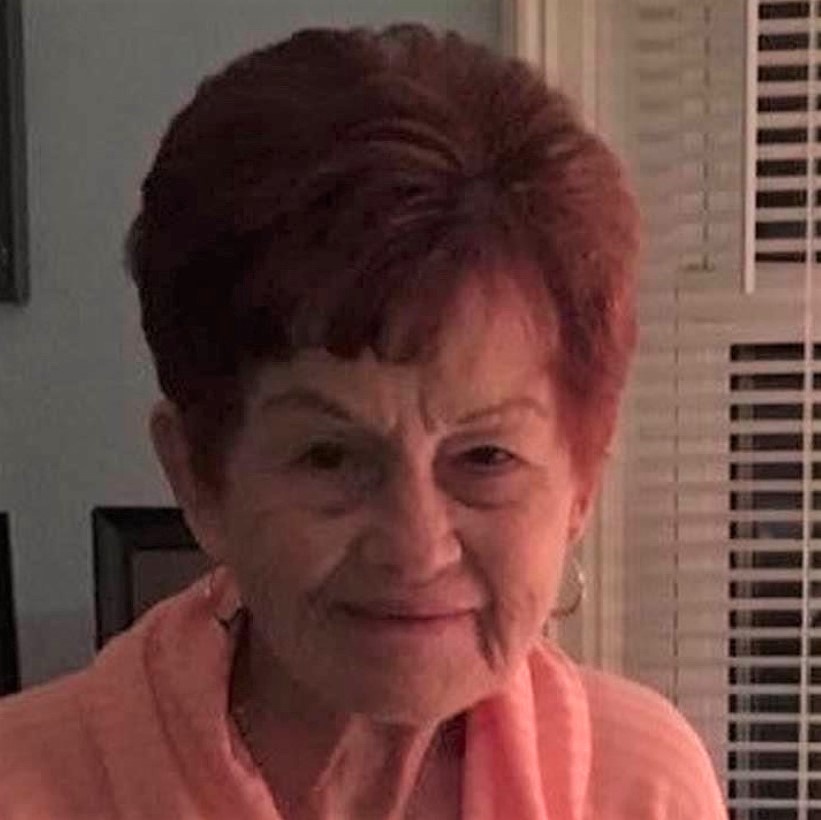 Millie was born March 15, 1922 in Bryan County, Georgia to Ida and Rufus Owens.  She grew up and was educated in Pembroke, Georgia where she met her husband, Irvin Butler, who was tragically killed a few years later, leaving her a widow with her firstborn child, Lavon.

Just one short year later she met Van, with whom she spent the next 61 years of her life.

Millie never held a job outside the home, but her house and her children were her job.  She was the mama that ironed sheets and pillowcases and we never left the house without looking pressed and starched.  She loved working in her yard and did so well into her mid 90’s.  We used to say that she stood guard at the window waiting for a leaf to fall so the she could run outside and pick it up.  This woman was tiny, but loved her sweets including all kinds of junk food but especially Little Debbie cakes. She never met a Debbie cake that she didn’t like.  Millie also loved riding around Savannah and visiting cemeteries around Pembroke where all of her loved ones were buried.

She lived a good, long life, relatively pain free until the very end.  Her daughters and other family members are convinced she died of sheer loneliness due to her isolation the last two months because of the Covid virus.  We are grateful she was able to live in her own home for 58 years, until almost the very end, when it became impossible for her daughters to care for her any longer.  Mama, hear us today when we say we love you and we did our absolute best to take care of you to the end and we will miss you to our dying day. We know you and Daddy are already dancing to your favorite song, Johnny B. Goode, and you’re looking around to see who is watching you!!

A graveside service will be held at 11:00 a.m., Thursday, July 30, 2020 at Forest Lawn Memory Gardens officiated by Pastor Jason Gamble of First Baptist Church of the Islands.

Many thanks to Hospice of Savannah and their loving care, and also to Riverview Nursing Home, who took great care of mama for the last two months of her life.  No flowers please.

Nana, I didn't expect to be reading your obituary this week, but here I am. Jackson asked me last night if I was sad because you are in Heaven. I told him I was, but I would eventually get better. He said he could try and dress up like you and get a black marker so he could draw some wrinkles on his face. I'm sure you would have hated to hear him say this, because only old people have wrinkles, but it made me laugh. Madison said she is going to miss you, but would still draw pictures for you if you want them....bless her heart! I ate scrambled eggs this morning and thought of you, although they were not as good as yours. We are all going to miss you, and will think of you often. Love you!

Prayers for your family! Donna, remember your mama from our school days! Very sweet mama!

Sending our deepest condolences to all the family. You are in our thoughts and prayers.

Mama, I knew one day I would be reading your obituary. Six months ago I really thought it would be a long way down the road. It breaks my heart that you had to leave this life alone. I pray that you knew in some way, that it was not by choice that we couldn’t come see you in the last two months. I prayed every night for God to take care of you, and I truly believe he did. He took you home. I will miss you so much, and I will always love you. I’ll see you and daddy again one day. Love Eternally, Margie

So sorry for your loss. Praying for the entire family. God Bless!

I am so sorry for your loss. Prayers for all.

Very few things in this life compares to the loss of a mother. Deepest Sympathy to family and friends ...

I was so sorry to hear about Mildred. I remember when she came to the Owens family reunion a few years ago. She seemed to be such a sweet person. This obituary was a beautiful tribute to her. Cousin Gwen

My sweet little Mama...what can I say about your 98 years on this earth? I can say that you lived through a lot, losing a husband so young, and with a toddler left to raise. You buried a son, which no parent should have to do. You lost a husband 16 years ago, whom doted on you, even if it wasn’t always apparent to the neighbors sometimes, who probably heard some of the arguments...lol...but you were like the couple on Andy Griffith, you weren’t happy unless there was some fussing going on, that was just your way. I can say that you managed to raise four good children, even when there was not a lot of money to go around, somehow you and Daddy made it work. You gave us what you could, while you went without, but the Lord knows you made up for it once I was gone. If we ever wanted to find you on every Thursday after getting your hair done, all we had to do was go to the mall parking lot st JC Penny, and there you were. You were definitely a fashionista in your older years, always dressing in the latest styles.i guess I get my love of clothes from you...Gary thanks you for that...NOT! Thank you Mama for putting up with all of us, in our teenage years, all the door slamming, and all the I hate you’s you got behind those doors. You know we didn’t mean it! You were not always easy to love, you were not the touchy feely type of mom, who gave lots of hugs. You were not the mom that said I love you all the time, but we know you did. But God, in his infinite wisdom, knew that when the time came, that you had to rely on your daughters to take care of you, that he had better change your heart, and boy did He. The dementia gave me the mama I always wanted, with words of endearment, and I love you darlin. You were the sweetest mama a girl could have ever asked for, and I am so thankful that we were able to spend that 3 months with you, even though they were hard months, I will forever treasure the mama I spent those days and nights with, and the conversations we shared, and all the car rides we took! I will always remember those days. I expect to see your sweet face when it’s my time, along with Daddy and Lavon. I love you now and forever mama, and like you always told me when I walked out that back door....bye bye❤️❤️❤️