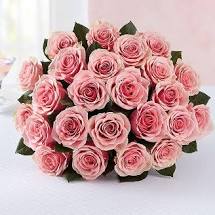 Mrs. Sexton was a member of Richmond Hill United Methodist Church and a homemaker.

The family requests that in lieu of flowers, a consideration of financial support be made in Mrs. Sexton’s memory to The Oaks at Pooler, 125 Southern Junction Blvd., #800, Pooler, GA 31322 or Richmond Hill United Methodist Church, 9050 Ford Avenue, Richmond Hill, GA 31324.

Tommy, John, George and Roy I am sorry about your mom passing. Since I was Faye's best friend, Aunt Barbara was also my Aunt Barbara. Aunt Barbara was such a sweet lady and I remember each of you very well. I am praying for you all as you go through this tough time, praying for peace and comfort. Much love to you all. Always, JoElla

Your mother was a wonderful giving person and a GREAT cook!!! She will be dearly missed by all that knew her.

I love you, Momma.

I am saddened by the passing of Mrs Sexton. Many good memories of her, and growing up with her children. God Blessed.

Roy, we are so sorry for your loss. Praying for your family.

Our sincere condolences to you and your family during this difficult time.