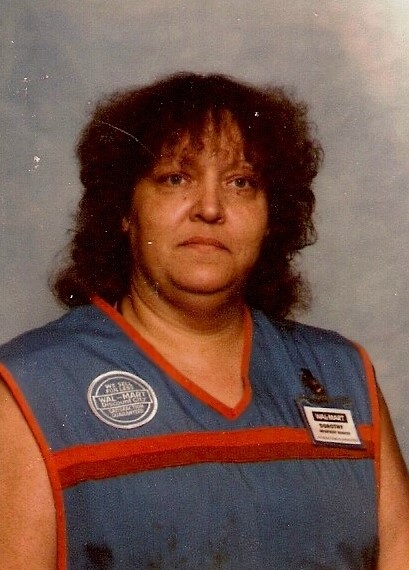 Dorothy (“Dot”) Lorraine Wojtkelewicz, 72, passed peacefully on Monday, June 22, 2020 after an extended illness.  A native of her beloved Baltimore, MD, Dot worked in retail for most of her life, spending over 25 years working for Walmart.  Most recently she worked at Piggly Wiggly/Bi-Lo.

Dot loved her precious dog Coco, Word Search games, doing whatever she wanted and hearing people struggle to pronounce her last name. She was known for her charitable heart, for making Coca-Cola cakes and rum cakes for friends and neighbors and her love of a clearance sale.

Dot was preceded in death by her parents, John Paul Wojtkelewicz and Rose Marie Wojtkelewicz Tapley; and by her niece, Emily Rose Tapley.

In lieu of flowers, donations may be made in her name to the Humane Society.

Dot I will surely miss you, we became friends in the 1986 as we worked together at Walmart 606, we had many laughs, many long talks, many disagreements, but we mostly had friendship. I live you and know that you are at peace now so fly high and I'll see ya when I get there.

Dot helped a newly wed military family settle into a Savannah back in 1978, was always there for them. Thank you you will be missed.

Dot, working with you taught me so much. You were a friend. I will miss you.