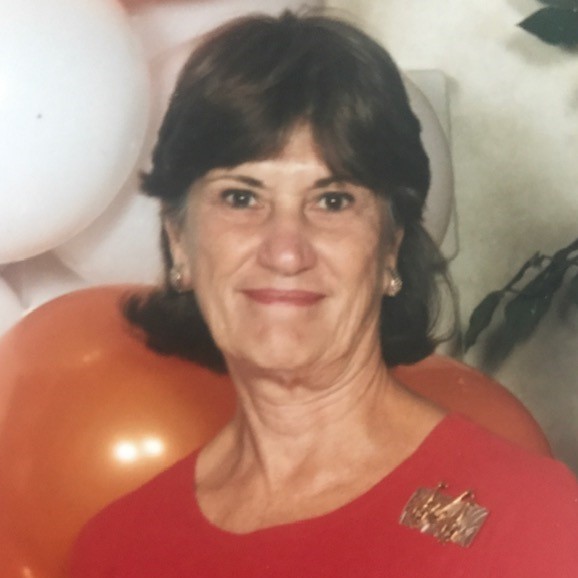 Lois was born in Queens, New York and raised and educated in Huntington, Long Island, NY.  After marrying John, the boy next door, the couple had two sons (John and Steve).  While raising the family, Lois performed in local theatre and ballet, taught swim lessons and learned to make clothes for herself and the boys.  At the same time, she developed her skills as an artist painting in both oil and watercolor and sculpting in clay.

In 1969, the family moved to Savannah, GA, and Lois continued her full and active lifestyle.  Lois, at one time or another, taught swimming, dance, and aerobics, coached the swim team and was pool manager at the Savannah Yacht Club.  She was a volunteer docent at the Telfair Museum, and guided tours of haunted houses in Savannah and other historical venues.  She was a member of bridge clubs and a member of the Garden Club of Savannah since 1988.  In her spare time, she also designed and oversaw the construction of the home Lois and John lived in for the last 35 years.

Lois enjoyed gardening, exercising, sailing, and cooking and taking care of various stray cats that occasionally wandered into her life.  Lois was very fond of her younger sister, Sue, and the two were in constant communication even though they lived 2000 miles apart.  After John’s death in October, 2018, she was learning to manage by herself and was excited about what the future held for a strong, independent woman in these times.

A memorial visitation be held from 5:00 p.m. until 7:00 p.m., Thursday, June 25, 2020 at Fox & Weeks Funeral Directors, Islands Chapel.  Friends and acquaintances are invited to pay respects and share memories with the family.

Remembrances may be made to The Humane Society for Greater Savannah, 7215 Sallie Mood Dr., Savannah, GA 31406.

We encourage social distancing and the wearing of masks for the safety of everyone attending.

Steve, I am so shocked and saddened to hear about your Mom. Albert Wall

Thanks to Lo I live in the Savannah version of "Fern Gully" - will miss our gossiping and that special link we had as fellow NYCers! I know you secretly longed to travel, so now you're off on an adventure-Happy Trails!

John and Steve, I am so sorry to hear of your mom's passing. I have fond memories of her and your dad. Will keep you in my thoughts and prayers during this difficult time. Karen

What happy memories we had when the McCarthy family moved in across from us on Wilmington Island Road.

Steve, Beth , Shane and Jessica, My heart goes out to you for your loss of the most amazing woman! She was dynamic, loving, kind and what a work out guru! I first met she and John back in the 80’s when racing sailboats! I was so impressed as there weren’t many (gals) racing and she was a class act! RIP as you will be with your John!

I am so very sorry to hear of Lois’ passing only a few days after my mother, Margaret Willey. She and Lois were great friends, and it was my pleasure to have known your mother when I was in Savannah visiting mine. The last time I saw her, Lois tried (unsuccessfully) to teach me how to play bridge so I could fill in for a missing member at the Yacht Club. She was always a lot of fun, and she will be missed.

Steve and John I love you guys my mom Martha Poole loved your mom and Dad and I used to cut your grass in Commordore point, Mom played bridge with your mom at the SYC , God Bless and remember we all loved your family