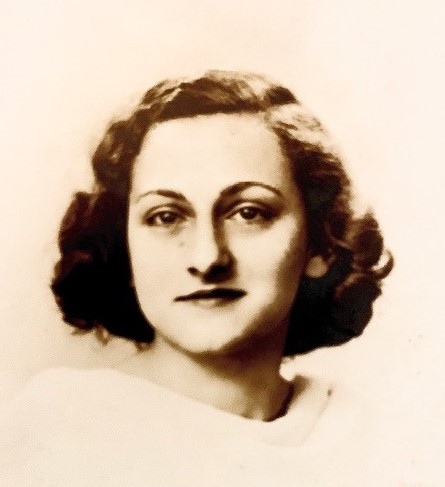 Madeline Antoinnette  Ferraro entered peacefully into eternal rest on Friday, June 12, 2020 at the age of 99.  Madeline was born in Savannah, GA on April 27, 1921 and was the daughter of Louis Bie Ferraro, an immigrant from Italy and Laura Postanowicz Ferraro Hart, an immigrant from Poland.  She was preceded in death by her parents and step-father, George E. Hart, Sr., as well as her siblings, Theresa L. Ferraro, Bie L. Ferraro, Vincent J. Ferraro, Sr., John J. Ferraro, Mary Ferraro DeLoach, Jeannette Ferraro Barker and half-brothers George E. Hart, Jr. and Francis E. Hart.

Madeline lived most of her life as a resident of Savannah’s Downtown Historic District.  She was a lifelong parishioner of the Cathedral Basilica of St. John the Baptist and a 1940 graduate of St. Vincent’s Academy.  She worked at Men’s Quality Shop and retired from Anderson Shipping Company.  Madeline was an independent, determined and resourceful woman, who dedicated her early adult years to the guardianship and education of her younger half-brothers after her mother and step-father passed away in 1949 and 1950 respectively.  In years past, Madeline enjoyed playing golf and spending time with her friends at Savannah’s Senior Citizens Center.

Madeline is survived by many nieces and nephews of the Ferraro and Hart extended families and the Postanowicz family of Baltimore, MD.  Visitation will be at Fox and Weeks Hodgson Chapel on Sunday, June 14, 2020 from 4-6 pm with Rosary service at 5:30 pm.  Mass of Christian Burial will be at the Cathedral Basilica of St. John the Baptist on Monday, June 15, 2020 at 2 pm.  Interment immediately following in Bonaventure Cemetery.

Remembrances for Madeline may be made to Cathedral Basilica of St. John the Baptist, Senior Citizens, Inc. of Savannah or Bonaventure Historical Society.

Thoughts and prayers for family.