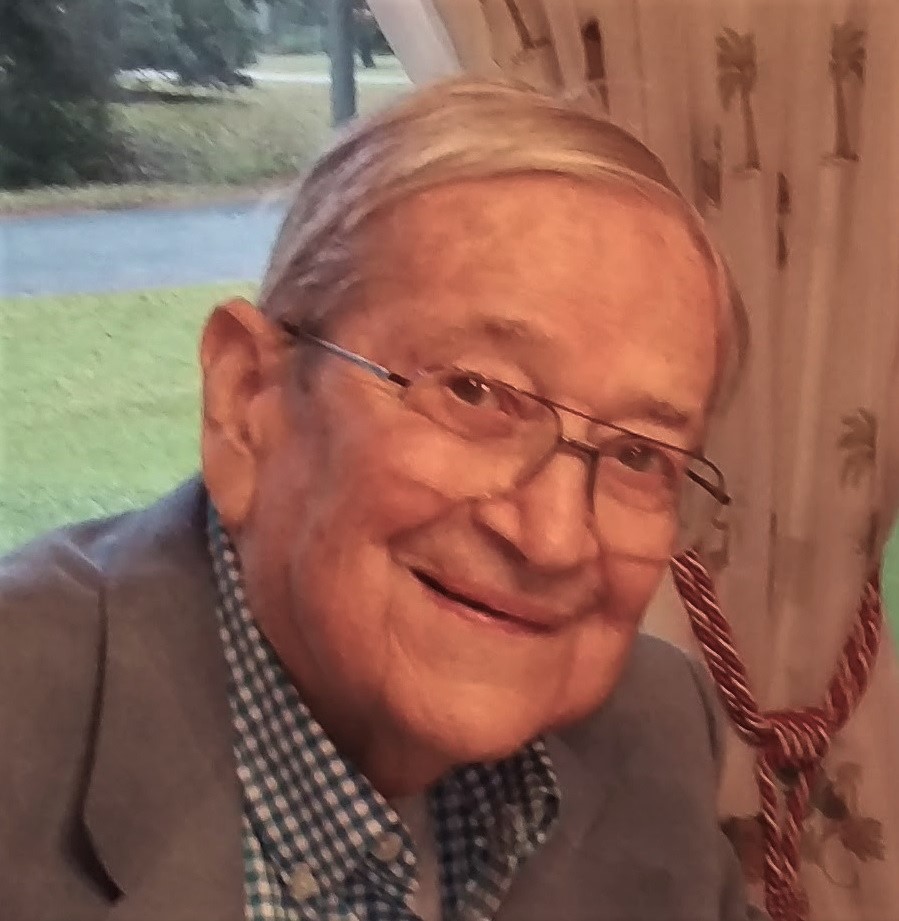 Harvey was born in 1927 in Savannah to Annie and Marshall Morgan. He was educated in Savannah schools and served in the Army for two years, stationed in Northern Italy. Harvey attended Armstrong Junior College for two years and completed his Bachelors and Doctorate at Emory School of Medicine.

He married Mary Frances Bland in 1954 and they returned to Savannah to start their family and for Harvey to complete his residency at Memorial Hospital. Shortly thereafter, he opened his private practice for family medicine. Harvey provided almost all areas of medical care, from surgery to Ob-Gyn to house calls, in a time before medical specialists. His bedside manner and sense of humor were true assets, and Harvey was at his happiest when taking care of others.

Harvey grew up at Wesley Monumental United Methodist Church, then started attending First Presbyterian Church as a teenager. He was a lifelong member of First Presbyterian until his death, serving in a variety of ways - VBS photographer, repairing pew Bible racks, and hosting Christmas International participants, to name a few.

Over his lifetime, Harvey took up many hobbies. Anything he pursued, he went at it 200% and was not satisfied until it was perfected. Among the things he mastered were chip carving, sailing, camping, playing the piano, accordion, harmonica and Jew’s harp, speaking Gullah, computers, flight simulator, and woodworking. Of course, his storytelling must be mentioned as well - he excelled at turning happenings into tales that grew with each telling. Some words that come to mind when describing Harvey are embellishing and shenanigans!

Harvey was not only an accomplished and much-loved physician, he was also a loving husband, father, grandfather, great-grandfather and friend to many people of all generations. His generosity to others was admirable - he would do anything he could to help others. His personal relationship with God, particularly as he grew older, was something to behold. He had a great sense of humor and was always making people laugh; he had a devilish heart that was as good as gold. He will be sorely missed by all who knew him.

Due to covid-19, a private graveside service was held.

In lieu of visitation, the family requests that you honor Harvey by spending time in prayer.

Donations may be made to the Hospice of your choice, Islands Feral Cat Project (www.islandsferalcatproject.org), or First Presbyterian Church of Savannah.

Dr. Morgan was a true scholar and a gentleman. He took care of my family. There are not many MDs left with his talent and personality. I shall always remember him.

A wonderful doctor, friend and mentor. I was honored to know Dr Morgan. May is soul and the souls of all the faithful departed Rest in Peace/ Fr Daniel A. brown

DearJanie, Harvey & Penny, I am so sorry to hear of Dr. Morgans passing. You 3 were blessed to have him as your father. He was indeed a special man of God, a beloved member of First Presbyterian & a gift to the community of Savannah. May God comfort each of you. - Much love Gini

Janie, Harvey, Jr., and Penny, After your father's retirement, he requested that some, if not all, of his former patients call him Harvey. In my way of thinking this would not show him the respect he deserved, so, Dr. Morgan it had always been, and Dr. Morgan it would, and will, always be. Patty Smith

The Warren A Candler Nurses alumni loved this Doctor. He was always so easy to work with in giving patient care. I don’t ever remember him getting angry at us and it was always such a pleasure to see him come onto the unit. He was such a friend to all us “old nurses”. And he and Dr Freeman were favorites to speak at our many homecomings. He had such a gift for storytelling and the two of them had many shenanigans and stories to tell. It makes us so very sad that he has gone on before us. But we know beyond a shadow of a doubt that this godly man will be welcoming us home someday.

Your father sat behind us for many years at First Presbyterian Church. One Sunday he asked me if I could see anything sparkling on his face. I must have looked very perplexed because he explained he had washed his face before church and then discovered the grandchildren had used the washcloth to clean up glitter. I have so many tales involving Dr Morgan from the years at Candler and First Presbyterian. He was an amazing man of God, loved by everyone who knew him. I pray for God’s comfort for you and your families

Harvey was my family's physician when we moved to Savannah. He was the ultimate "family physician" and always had a great joke to tell. May he rest in peace. Now he and Beverly can entertain each other!

Much love to Dr. Morgan's family. My father, Ray Mixson, and he were friends growing up, stationed in Italy together and remained in touch throughout my dad's life. I enjoyed visiting with Dr. Morgan when Dad and I would go to Savannah and later at Summer Breeze. On my Dad's last day one of his last phone calls was to Dr. Morgan to say goodbye and that he loved him. Dr. Morgan was a kind soul and a special man.

Learning of Harvey's passing truly leaves an empty space in my heart. I will cherish the memories working in his shop, trying to teach me chip carving, helping John with his woodworking projects--all the while regaling us with humorous stories of his days in med school and early practice. He made a prayer shawl for me when John died. I will put it on and pray for the comfort of your family. I know he is glad to be reunited with Mary Frances! My deepest and most sincere condolences to all of you. Jeanne Hungerpiller

Our deepest sympathy to Dr. Morgan’s family. Dr. Morgan was our doctor for many years and one of the most caring person we have ever met. He brought us through some trying times. May he Rest In Peace. God's Peace, Bill and Beth Wall

Dr Morgan was my doctor for many years before he retired. He was a wonderful man and will be missed...

Dr Morgan was a physician without prejudice or bias of any kind. I was so lucky to have him as my doctor. Easy to talk to, he was on top of all things medical, I'm so happy I knew him.

Dr Morgan was a delight to work w/. We shared the operating room w/ Dr Freeman. Always had a laugh and story to tell. He made this world a better place. We will all miss him.

I am so sorry to hear this. He was such a wonderful, kind, funny man. Rest In Peace.