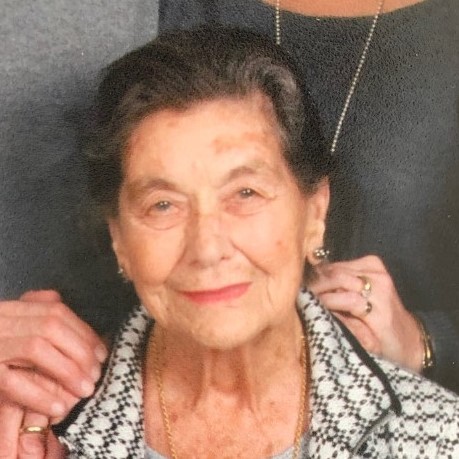 Edith Griffis De Mauro, 94, died peacefully on Friday, June 5, 2020 in Savannah, Georgia.  Edith was born in Titusville, Florida.  She was the only child of Gladys Rain and Jefferson Davis Griffis.

She graduated from a RN Program at University of Florida at Gainesville.  She then met Peter Anthony De Mauro while working at the Chattahoochee State Hospital and they were married on July 19, 1947 in Spring Lake, New Jersey.  She worked for many years as a staff nurse and eventually as a nurse manager at Carrier Clinic, an inpatient psychiatric hospital in Hopewell, New Jersey.

Edie and Pete raised five children and several dogs, living in Princeton and on the island of Harvey Cedars, New Jersey.  In the early 80’s, Pete and Edie moved to Crisfield, Maryland to enjoy retirement on the Eastern Shore, where Edie dearly loved her view of the Chesapeake Bay.  Edith was an active member of the Juliennas, The Lioness’ Club, and enjoyed bridge, gardening, breeding golden retrievers and volunteering at the Crisfield Crab Derby.  She was a very dedicated volunteer at St. Elizabeth’s church in Westover, Maryland where served as a greeter, reader, usher, flower arranger, and Eucharistic minister both at Mass and for the sick and the homebound.  She received the Gartland Award in 2006.  She moved to Savannah, Georgia in 2013 to be closer to family due to memory impairment and cognitive decline.

In lieu of flowers, the family suggests that you consider a donation in Edith’s memory to the Alzheimer’s Association.

May God bless you all with His deep peace. Prayers for safe travels for all.

Our thoughts and prayers are with your family. It was a pleasure for Sunabella at Savannah to care for Edith during her last few years here on earth. She was a wonderful light in our community. Blessings to all