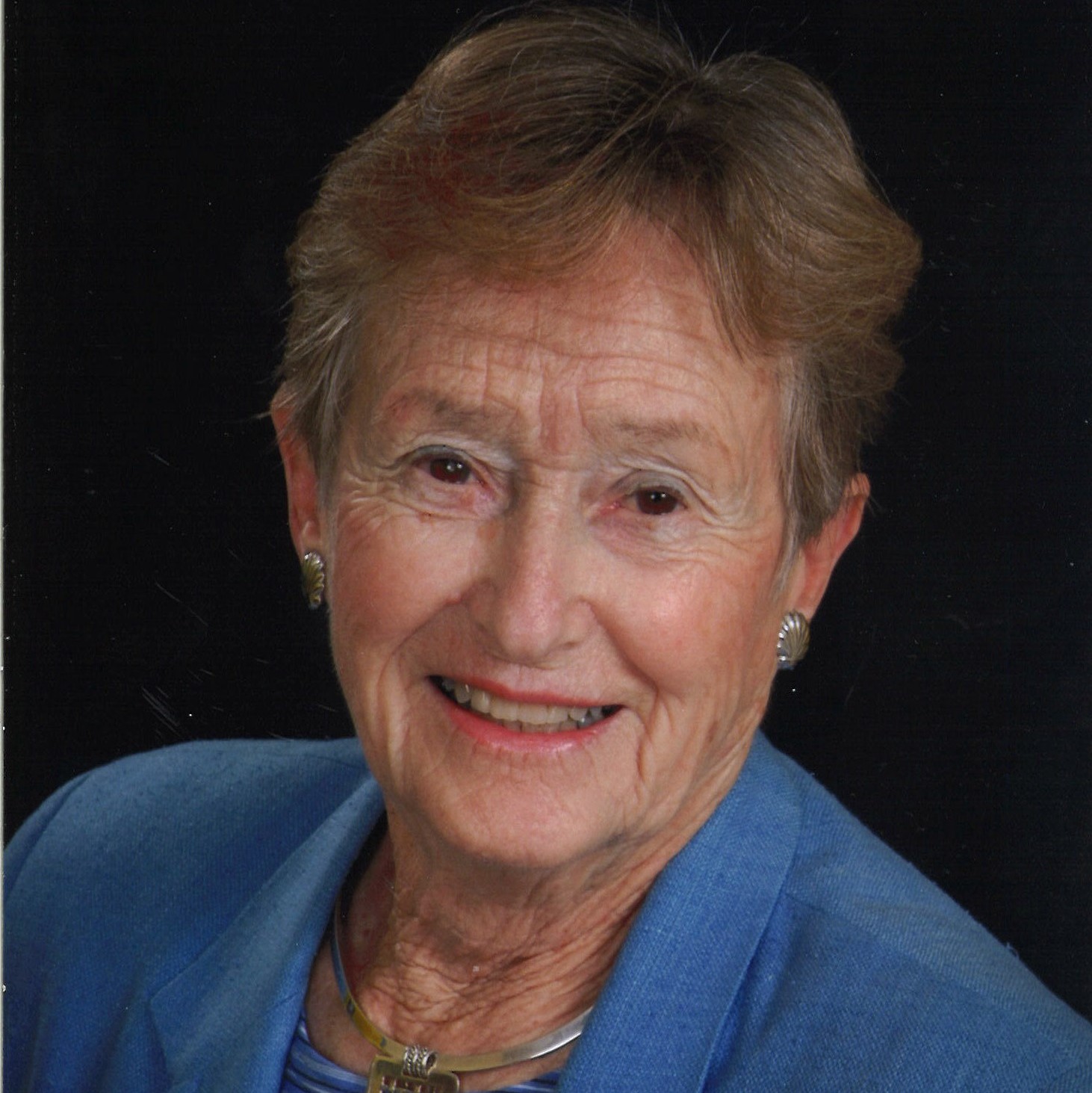 Carroll Bacon Klahr died peacefully May 21, 2020 at Azalealand, a nursing home in Savannah where she received outstanding care. She was born in Erie, Pennsylvania on November 30, 1926 the youngest daughter of E. Warner Bacon and Agnes Caughy Bacon. In 1944 she graduated from Strong Vincent High School, attended Northwestern University, and graduated from the University of Pennsylvania in 1948 with a BA degree in chemistry.

After a high school romance, which continued during her future husband’s naval service and education, she married Charles Dean Klahr, Jr. in 1948.

Carroll put in many hours of volunteer work in Erie as a Cub Scout den mother, Girl Scout assistant leader, member of the Junior League, President of the JC Wives Auxiliary, Secretary of the early Planetarium Committee and the Humane Society. In Savannah she continued her volunteering as a gardener at the Owens-Thomas House.

She was an avid tennis player, golfer, gardener, and bridge player only giving up theses activities as physical demands determined. She also worked at the Landings Association shortly after her arrival in Savannah in 1984, after spending most of her life in Erie, PA.

There will be a family memorial service at a future date.

Memorials may be made to Skidaway Island Presbyterian Church, 50 Diamond Causeway, Savannah, GA 31411 or to a charity of one’s choice.

I always enjoyed our Thursday bridge group, because Carroll was so kind and smart and fun!

Dear grieving family, my deepest condolences so sorry for your loss. May the God of all comfort strengthen you for the days ahead. Know that caring thoughts are with you. That "He heals the brokenhearted; He binds up their wounds, according to Psalm 147:3.

Love you so much mom! May the pure Light within you guide your way on.