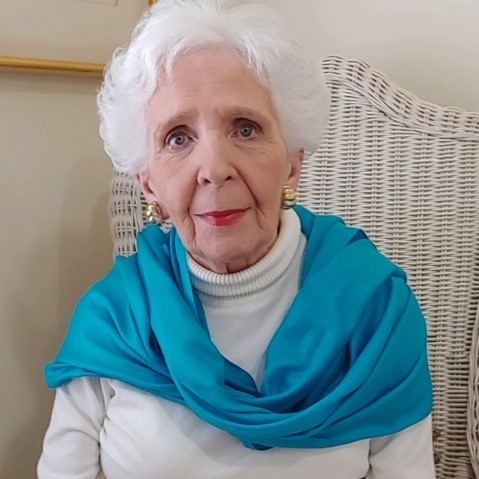 Jean Prescott Logan Johnson, 86, died May 20, 2020 at St. Joseph’s Hospital in Savannah.  She was born on April 30,1934 in Savannah, GA and was a lifelong Savannah resident.  Jean was a graduate of St. Vincent’s Academy and attended Armstrong State College.  She met many of her lifelong friends at St. Vincent’s and over the years her classmates still kept in touch with monthly lunches.

Jean was in the real estate business for many years and was also a previous member of both The Landings Club and The Savannah Golf Club.

In addition to both husbands, she was also predeceased by her parents, William D. Prescott and Dorothy Persse Prescott, sisters, Virginia, Margaret and Ann, as well as her son, Duncan T. Logan.

Due to the Covid-19 pandemic, a private family graveside service will be held on Saturday, May 23, 2020 in the Greenwich Section of Bonaventure Cemetery.

The family suggests that any remembrances be made in her memory to the Parkinson’s Foundation, 200 SE First Street, Suite 800, Miami, Florida 33131.

We are so sorry to hear of Jeans passing. You all are in our thoughts and prayers. She was a wonderful friend to our Mom, and to our godson who has autism. William always called her the white lady, not because of her beautiful hair, he said she is pretty white light!!

So sorry to hear of Jeans death. I was blessed to know Jean thru her brother Billy, who was a classmate and dear friend over the years, going back to Sacred Heart School. Jean was a beautiful person, both inside and outside. May she Rest in Peace...

I was so sorry to read about Jean's death. We graduated together and shared the monthly meetings of graduates for a good while. She was a beautiful, peaceful person and I enjoyed her friendship. Praying for God's comfort to her family. I was blessed to know her.

Brother, I am sorry to hear about your loss. I hope to see u one day soon. May she rest in peace. Robby Powers

Jean was a wonderful woman. She was so kind to Ashley, me and our boys whenever we visited Savannah. She will truly be missed. We are sending our love and prayers!

We are sorry for your loss and pray God’s tender and healing grace on the family in this time of both grieving and celebration of her life.

so very sorry Jean and l were childhood friends

So sorry for your loss, Brother. Thinking of you and the family.

Sending your family our deepest condolences from her SouthCoast family to yours. We love you all deeply and will continue to pray for you all each and everyday

BK, sorry to see that your mom had passed away. She was a sweet lady!