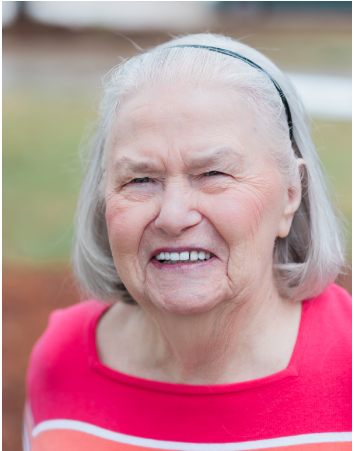 Helen Louise Hansen Sewell, age 94, died Monday, May 11, 2020, at her home in Savannah, surrounded by her children and under the care of Spanish Oaks Hospice.

She was born January 23, 1926 in Glendive, Montana, the daughter of Ernst Anker (E.A.) Hansen and Dagmar Caroline Clausen Hansen.  She had five brothers and four sisters.  As a young girl, her family moved to Lawton, Oklahoma where she attended school.  She lived most of her life in California and Nevada before moving to Savannah in 2006.

She married Roy Franklin Sewell Jr in May 1951, separating in 1965.  Together they had three children.  Helen’s first job was with Western Union as a typist transcribing telegrams during WWII.  Given the time, she handled many family notifications of soldiers’ deaths.  In the 1960’s she moved to Reno, Nevada, and began her career in newspaper typography with the Reno Evening Gazette-Journal, retiring in October 1989.

She is survived by son, Roy F. Sewell III, and daughters Cynthia (Michael) Barnes and Victoria Sewell all of Savannah and granddaughters Amy Barnes of Occoquan, VA, and Elizabeth Sewell of Reno, NV, as well as her sister, V. Jean Hansen, of Savannah.

A private memorial will be held a later date.