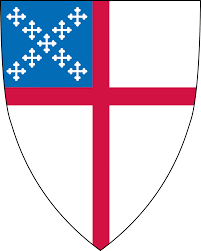 She graduated from the MacDuffie School and Smith College.  Peggy married Paul Tower Wise, on November 9, 1963 in Wethersfield, CT.  They resided in Irvington, NY until 1999 when they retired to the Landings at Skidaway Island.

Peggy was predeceased by her parents and brother, Charles S. Watson.  She is survived by her husband and her daughters, Torrey Keeley and Cornelia Crisci, their husbands Alan and Patrick, and her grandchildren, Riley, Maggie, Abigail, Kaycie and Callan.

While living in Irvington, Peggy was an active parishioner at the Church of St. Barnabas and she volunteered with the Junior League of Westchester.  She worked for the Metropolitan Golf Association for many years.  After retiring to Savannah, GA, she and Paul attended St. Peter’s Church on Skidaway Island.  She was on the Board of The One Hundred and the Telfair Academy Guild and was a master docent at the Telfair Museum.

Peggy was a wife, mother, grandmother, daughter and sister and above all, a cancer survivor and inspiration.  She is loved and will be missed.

A memorial service will be held in Irvington, NY at a later date.

In lieu of flowers, memorial contributions can be made to PruittHealth Hospice – Savannah and St. Peter’s Church.

I send my deepest sympathy to Cornelia and all the family. As Peggy's roommate for all four years at Smith College, I am left with many fond memories of our time together. Best wishes and love to you all. Nancy

Our deepest sympathy and love goes out to Paul, Torrey, Cornelia and family! We loved Peggy very much and will always hold her memory in our hearts! Hilary, Kevin and Ava DiSimone

I have shared my condolences with Peggy's family, and as Peggy's college roommate for four years, I grieve her loss. I am requesting that Paul, Cornelia, or Torrey contact me to help me write a notice for the fall edition of the Smith Alumnae Quarterly. It would be helpful to have a memory or two from her family, as I had not been in close touch with her in recent years. Please contact ke at the email address above. Thank you, Nancy