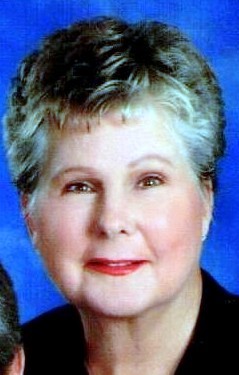 Martha Elizabeth, always known as Mimi, passed away at age 74 on Sunday, April 19, 2020. Mimi was born and adopted on August
18, 1945, at the U.S. Naval hospital in Miami Beach, Florida. She was raised in Santa Monica, Cal. and graduated from L.A. County General Hospital School of Nursing (now part of USC) in June 1966. On April 2, 1966 she married Dr. Joseph Craig Harkness as they both completed their senior years. They moved to Detroit, Michigan for his residency where their first child, Tracey Renee, was born. In 1968 he was drafted as a captain by the military so they moved to George Air Force Base in Victorville, Cal., where Michael Craig was born. In 1970 they moved to Rochester, Minn. for four years where Dr. Harkness completed his cardiology fellowship at The Mayo Clinic. Their next move was to Lexington, Kentucky in July 1974 for 26 years where they raised their family and Joe practiced cardiology at The Lexington Clinic. Mimi was PTA president, homeroom mother, Brownie leader, all in support of her children. She was one of the founders, chairman, and very devoted volunteer to The Nest, a shelter run by The Lexington Child Abuse Council. She chaired many fundraisers for The Heart Assoc. and The Nest. They were members of the First Presbyterian Church in Lexington, Lexington Country Club, and she was a member of the Lexington Medical Auxiliary. In 2000 they retired to The Landings on Skidaway Island in Savannah, Ga. where Joe consulted at Savannah Cardiology for 10 years. They loved to play golf and tennis as they reunited with old friends from Iowa as well as many new ones. Mimi loved to garden, play duplicate bridge, attend fitness classes, swim laps, cook, entertain, and “sample” from Joe’s red wine collection! Her Kentucky Derby parties were legendary! She was an amateur photographer who documented every moment of their world travels. And she never missed a UK Basketball game on TV! In 2015 they moved to a cottage at The Marshes Of Skidaway Island, a Life Plan community, where she served on several committees. They were active members of Skidaway Island United Methodist Church where she also served on
several committees. Her daughter referred to her as “my mom with nine lives” as she survived an airplane crash in Honduras, a heart attack, 4 months in a wheelchair for a multiple compound leg fracture, a motor scooter accident in Mexico, and debilitating psoriatic arthritis. And, she dearly loved all their dogs, even the one who amputated a finger! She was an optimist who preferred  to keep her glass half full. Her greatest love was her family, especially her grandchildren, who she referred to as “the frosting in life.” She would like to be remembered for her jokes, for her infectious laugh, and for her love of helping others, especially friends in need.
She is survived by her husband, Dr. Joseph Harkness; their daughter, Tracey Bernard (Dr. Joe Bernard), their children Katelyn, Drew, Callie, Matthew, and Marcie of Charlotte, N.C.; their son, Mike Harkness (Laura) and her sons, Cody, Myles, and Baley, of San Diego. Also surviving are her sister Guinna Kenney (Jay), of Los Angeles; her half-brother Bob Feigel (Anne) of New Zealand.
Also, Jack and Barbara Harkness of Iowa, and Jim and Debbie Harkness of Illinois. Also, many nephews and nieces.
In lieu of flowers, those who wish may make tax deductible contributions to The Marshes of Skidaway Island Employee Scholarship Fund (95 Skidaway Island Park Rd, Savannah, Ga. 31411) or Skidaway Island United Methodist Church, (54 Diamond Causeway, Savannah, Ga 31411)

We are thinking of you and your family during this difficult time. May our condolences bring you comfort and may our prayers ease the pain of this loss.

I'm so sorry to hear about your loss. Your family is in my thoughts and prayers.

Joe and family, My heartfelt condolences to you all. I am still in disbelieve and so saddened what happened. I so enjoyed chatting with Mimi when I came down to Savannah to visit Mom and will miss her wonderful spirit. My thoughts and prayers are with you.