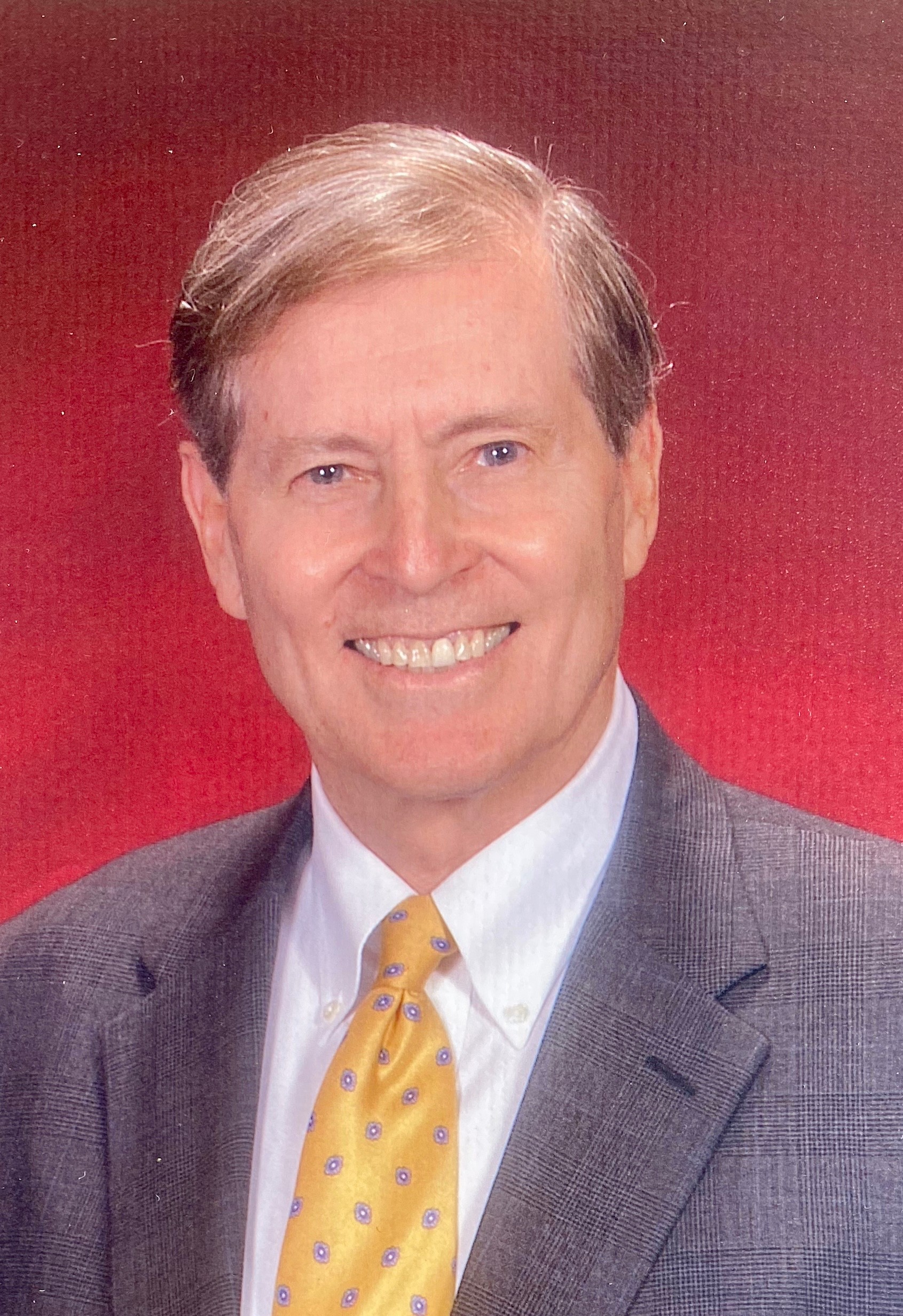 Sam was born on August 14th, 1940 in Savannah, Georgia. He graduated from Savannah High School in the class of 1958. He began his studies at Armstrong College before transferring to The University of Georgia where he completed his education.  During his time in Athens he was an active member of Kappa Alpha Order and Phi Delta Phi legal fraternity. It was there that he began his courtship with his future wife, and they both became loyal and lifetime Georgia Bulldog fans.

After graduating from the The University of Georgia School of Law in 1964, he entered practice with the firm of Adams, Adams, Brennan and Gardner and was admitted to partnership in 1970. During his legal career, Sam served as an assistant District Attorney for Chatham County and was elected as President of the Savannah Bar Association. He served on the Citizens and Southern National Bank Advisory Board in Savannah and was a valued attorney for the Bank. He enjoyed chairing the Lawyer’s boat ride for many years and always brought along his famed volleyball set for entertainment on Daufuskie Island. Sam was respected by Judges and fellow lawyers who often sought his opinion on ethics and professionalism. He retired in 2011 as the Senior Partner of Inglesby, Falligant, Horne, Courington, and Chisholm.

Sam served for a number of years as Secretary of the Cotillion Club of Savannah and as Club President in 1999. He also enjoyed his years on the Board of The Savannah Yacht Club as a legal advisor and parliamentarian, and could often be found there playing tennis with friends.  He had a particular love for the waterways of Savannah and for the May River in Bluffton, SC. He often enjoyed boating, sailing, and fishing with family and friends. He treasured the wonderful opportunity his family had over the years to spend time with close friends hiking in the North Georgia and North Carolina mountains. Sam had quite a talent for designing and building, and not only did he create the plans and help build his family home, but also he delighted in constructing many special projects. He created an elaborate dollhouse for his daughters and a double-wide dog house with detachable sides for the family pets!

Sam was an avid reader and held a keen interest for history and for the Low Country. On more than one occasion he was asked to portray famous local historical figures such as Andrew Low and Charles Greene for special events in Savannah. Sam had a love for music. He delighted in many different genres; especially classical music and folk ballads. He played guitar for many years and always loved the opportunity to strum along with his brother. He taught both of his daughters to play as well, and family gatherings often culminated with multi-part harmony sing-alongs of his favorite tunes.

Sam was a true gentleman.  He was much loved. He touched many lives with his eloquent words, charm and wit.

He was predeceased by his parents Samuel Powel Inglesby and Edith Inglesby Walker.  He is survived by his wife Gay Summers Inglesby, his daughters Elizabeth “Betsy” Cain Inglesby, (Rob Miller) and Caroline Inglesby Stephens (Dean) of Savannah; his sister Eleanor I. Binford (Marshall) of Atlanta, his brother William C. “Bill” Inglesby (Ellery) of Hilton Head; grandchildren Raiford and Eleanora Stephens, as well as nieces, nephews, in-laws, and cousins.

Sam was a lifelong member of St. John’s Episcopal Church. A memorial service will be held at a later date where his friends and family may gather to celebrate his life. In lieu of flowers, donations can be made to Georgia Legal Services Program (6602 Abercorn St. #203, Savannah, GA 31405), The Alzheimer’s Association (225 N.Michigan Ave., Fl17, Chicago, IL 60601), or to St. John’s Episcopal Church (1 W Macon St., Savannah GA 31401). The family would also like to thank the wonderful staff and caregivers at Spanish Oaks.

Gay I am so so sorry to hear about Sam. He was a wonderful person and blessed us all of us with his presence.

Our thoughts and prayers go out to Gay and the family at this time. Sam was a true gentleman and will be missed.

Gaye, I am sorry to hear of Sam’s passing although in view of his condition these past few years it was probably for the best. Sam was one of my oldest friends going back to Charles Ellis and after I returned to Savannah it was such a pleasure renewing our friendship. I know it is hard saying goodbye but I’m sure he is in a better place. All my best wishes and hope to see you soon as the current crisis eases. Love and be safe. Charlie Gay

I worked with Sam for many years as he represented C&S Bank in Savannah. A great attorney and friend. Savannah has missed him. Gay, you did a wonderful job caring for him and our thoughts and prayers are with you and you family..

Dear Gay, Betsy, and Caroline, I am so sad to hear the news about Sam. He was the nicest, kindest, gentleman ever....not to mention the fact that he was a handsome rascal. He was devoted to you, Gay, and to your girls, and your love and devotion to him were immeasurable. Y’all had a beautiful life together and were admired by all. He is now playing that guitar and singing with the angels. Sending love and prayers for all of you. Much love, Jan Crawford

Our thoughts and prayers are with Gay and her family at this time. We have some wonderful memories of fun times with Sam.

Gay, and family, I was saddened to learn about Sam’s passing. I have such fond memories of our special times in Savannah. Tracy thought so much of Sam during his time with C & S. He loved their games of Squash after work. He never played after we moved to Atlanta. We have lost so many of our friends these last few months! Know that you are in my thoughts and prayers at this time. Rose Mary Dixon

Gay, and family, I was saddened to learn about Sam’s passing. I have such fond memories of our special times in Savannah. Tracy thought so much of Sam during his time with C & S. He loved their games of Squash after work. He never played after we moved to Atlanta. We have lost so many of our friends these last few months! Know that you are in my thoughts and prayers at this time. Rose Mary Dixon

Sam was a really good man. The perfect Southern gentleman. We always enjoyed conversations with him. We will honor him through the Alzheimer's Association.

Dear Gay, My thoughts are with you at this sad time. I know how much you loved Sam all these years and you were so devoted to him. We will all miss Sam , but know he is out of his misery now. Our deepest sympathy to you and your Family at this time. Love, Eleanor & Jack