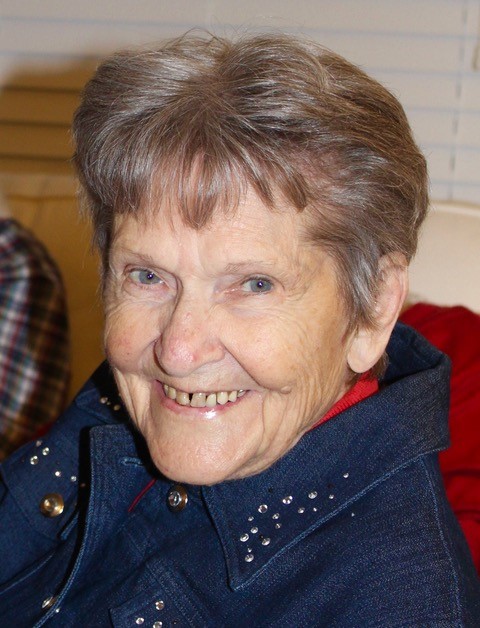 It is with sadness that our family shares that our loving, caring mother, Erma Jean Orgeron passed away. It is with tremendous gratitude that we celebrate her life that was well-lived and touched so many.

Jean was born in Burr, Nebraska, May 8,1927 to Bessie and Ed Sillman. She had an older brother, Delton, and a younger brother, Gerald. All preceded her in death. She left the family farm when she graduated from high school and moved to Lincoln, Nebraska, where she worked in several jobs, sharing a one bedroom apartment with four other women. One of those women would become her sister-in –law when Mary Ann married her brother Delton. Jean met the love of her life, Jim, at a USO Dance near the end of WW2.  They were married on Nov 15, 1945. She soon moved south to Louisiana with him.  Jim’s occupation as a pilot had them moving between Louisiana and Texas, eventually landing in Slidell, Louisiana. Along her journey with Jim she gave birth to four sons. Jim’s long hours flying meant the job of parenting fell on her shoulders. When her youngest son enrolled in school, she worked as the school secretary at Our Lady of Lourdes School where she became one of the original “Working Moms”, balancing her career with taking care of her husband and four sons. She later worked at a new school, St. Margaret Mary, in Slidell. She continued working until she and her husband retired.

When Hurricane Katrina destroyed their home in 2005, Jim and Jean relocated to Savannah, GA, to be closer to their youngest son, Jon, and his family. They became active parishioners of St. Frances Cabrini Church. They regularly spent time with Jon’s family, and enjoyed the activities of the Savannah YMCA. Her husband, Jim, passed away in 2018.

The family would like to thank the staffs of John Wesley Assisted Living, Savannah Square, and Savannah Hospice for all of the loving care of Jean. During this difficult time, Jean would want you to save your money, but if you wish to donate in her name, donations can be made to St. Frances Cabrini Church, 11500 Middleground Rd. , Savannah, GA 31419.

Above all, Jean loved her family. She leaves behind her four sons and their spouses: Jim (Lois), Jay (Linda), Jerry (Patrick), and Jon (Karen). She also leaves behind eight grandchildren and thirteen great-grandchildren (with a fourteenth on the way). She will be greatly missed.  A memorial service to celebrate Jean’s life will occur at a future date.

Jon and family so sorry to hear of your Mom,s passing. She was a special lady with a heart of gold. She loved her family and many wonderful stories to tell. She met no strangers . In these difficult times hang on to the memories of her faithful love .

We send our condolences to the family during this difficult time! She must have been a wonderful mother/ grandmother knowing who her son Jay and grandson Brian have turned out to be . Two fine men! Praying for God’s Grace for Jay & Linda, Brian & Laura and the rest of the family. Love, Don& Sarah

I would like to express my deepest sympathy to your family. I knew your parents from the YMCA. They were just the sweetest couple and I always enjoyed talking to them at the Y. My thoughts and prayers are with you during this difficult time.

I want to say how very sorry I am to hear about Jean. She was such a sweet and special lady. I knew both your parents from the YMCA where I use to see them. Praying for all of you.

Jim and Jean brightened my day, every time they came into the Y. They stopped by my office to speak to me every single time. We shared lots of stories, memories and laughs. They were both very near and dear to me. I didn’t know Jim had passed in 2018 as I stopped working at the Y in 2017. My condolences to all the family. They were very, very special people and I know they will be missed. My love to you all, Dede

We knew Jim and Jean from seeing them for several years at the Y. They were both incredibly wonderful people! I always loved talking with Jean about what books to read and how we both didn’t really want to cook, just did it for our husbands. Fondly, Betty Ann & Chris Di Silvestro

I am so glad I had the opportunity to meet your mom. The memories make me smile. So sorry for your loss. Sending much love and many hugs.

It is hard to believe that my friends of almost 35 years are gone. They are gone but left such an impression on me that they will never be forgotten. I loved them. We had so many happy times together.