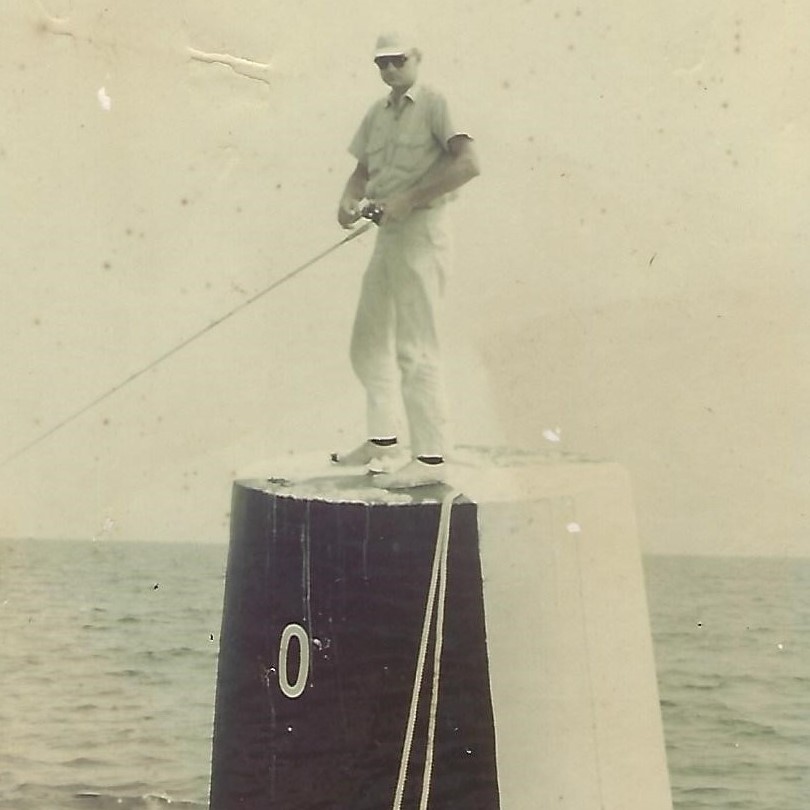 John H. Pinholster, Jr, died on March 2, 2020 at Memorial Hospital.   He was born in Savannah, GA in 1936, and lived there for the majority of his life, growing up on 44th Street and living his adult life on Back Street at Coffee Bluff.

He served his country as a Sonarman, First Class in the U.S. Naval Reserves after college.  John spent his professional career as a General Contractor in Savannah, and retired in 2004.

John was married to the love of his life for 62 years, and he was a loving father, grandfather and great grandfather.  He had a lifelong love of the river and was an avid fisherman.  A skilled craftsman, he spent many hours in his shop and with his projects.  In addition to his tinkering, he loved and treasured his prize camellias.  He was known for his “Grab it and Growl” attitude, and the Sunday whistles at Coffee Bluff will be missed with his passing.

A graveside service will be held at 11:00 a.m., Friday, March 6, 2020 in Bonaventure Cemetery with Rev. Dr. Jim Staubes officiating.

So very sorry for your lost Scott. Praying for you and your family during this sorrowful time. Vicky

I am so sorry for your loss, John and family.

I am so sorry to hear of Mr Pinholsters passing. I have fond memories of him and Mrs Pinholster when they would allow us to take over the boat house when we got the youth group/college kids together. Please know Andy and I will have you in our prayers. My love to you all. Teresa

Scott and family - Glenn and I are so very sorry for the loss of your dad. Please know that we love you and are praying for all of you.

I am so glad I knew Pinholster. He was always very kind and interesting to talk to. Loved hearing stories of his critters he kept (owls, raccoon, and I think maybe a squirrel). Prayers for you all at this time.

Scott, Sandy, & family, I am very sorry for your loss. Please know you are all in my prayers.

John, Scott, and Sandy, We are thinking of you and so sorry for your loss of your Dad. We have many happy memories of all being together. We are praying for your family. -Steve and Pat (Plummer) Trent

I am sorry to hear of your loss. My prayers are with you in your time of sorrow.

Fond memories of the 50's on the Bluff.

Scott,......I just read about your Dad's passing. I will keep you and your entire family in my prayers. Take care of yourself and your family.

My mother is 86 and born and raised in Savannah. She speaks fondly of her family Dr. Was wondering if this great man was his son.