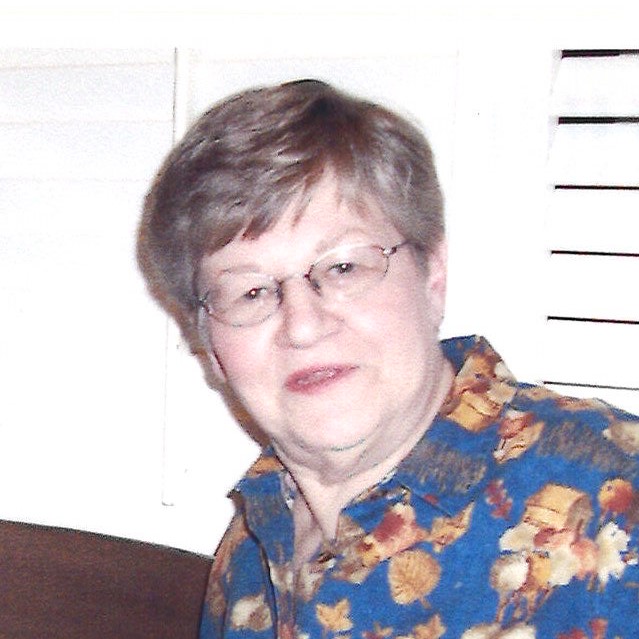 Faye Anita Smith Crumbley, 79, passed away Sunday, February 16, 2020 at Abercorn Rehabilitation.  She was born in Savannah, daughter of Victor W. Smith, Sr. and Clio Gaudry Smith.  She was a 1958 graduate of St. Vincent’s Academy and obtained an Associate’s degree from Armstrong State College.

Faye worked as a Dental Technician for Doctors Kazlow & Lanier.  She was a homemaker and a volunteer at St. James Catholic School, where her children attended.  Faye was one of the original members of St. Frances Cabrini Catholic Church.

Faye was an avid Atlanta Braves, Falcons and Hawks fan along with the Georgia Bulldogs.  It did not matter if the Braves were playing extra innings on the west coast, she would watch every inning.  Other than her parents, she was preceded in death by her husband, Thomas Carlton Crumbley.

Jennifer, know that you and all the family will be in my prayers in a special way at this time. I am so sorry to learn of your mother's death. She was always so full of life! Now she'll be watching over all of you even better than she always did. May God fill your hearts with peace!

Victor, so sorry for your loss. I have missed Faye and her fun loving ways. I wish I could have connected with her after high school.

Cephalexin For Dogs Give Gas http://apcialisle.com/# - Cialis How Much Amoxicillin For 30 Lbs Cialis Sildenafil 120 Mg

Victor, I doubt you will remember me. Faye and I were friends in high school and we went to a dance when you were at the College. I tried several time to get in touch with Faye when I was back in Town. Never happened but I have memories. so sorry for your loss.