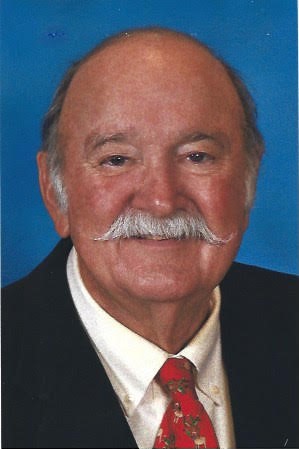 Lee was born and raised in Savannah, GA and spent summers with his grandmother, sister and cousins in Furman, SC. He was the son of Leroy Fleming Smith, Sr. and Helen Tuten Smith.  He thrived in the rural farm life running barefoot through the fields, riding his bicycle, fishing in Joan Pen and reading the entire bible with his maternal grandmother.  He worked hard in school and was an ROTC graduate at 16 years old from Savannah High School.  He received a scholarship to King University in Bristol, TN and continued his education at Medical College of Georgia receiving an MD degree.  Lee married Elizabeth in July of 1959.  They moved to Harrisburg, Pennsylvania for his internship at Harrisburg Hospital.  After his internship, Lee enlisted in the US Air Force as a Captain and flight surgeon.  They moved to Holloman Air Force Base in New Mexico where he proudly served his Country, the test pilots on base and their families.  After his service was complete, they moved to Cleveland, Ohio where Lee completed his residency at the Cleveland Clinic as Chief Resident.  He spent several years on the staff at the clinic until deciding to fulfill his life-long dream of having his own medical practice.

Lee had a thriving practice for over 45 years in Hematology, Oncology, Nuclear and Internal Medicine in Alexandria, Virginia. He was known for his handlebar mustache and his dedication to his beloved patients.  He participated in and helped fund a free health clinic in Alexandria along with other doctors in the community.  Lee was chosen to represent the United States on a People-to-People Doctors Exchange mission to the Soviet Union and East Germany during the Cold War in the late 1970s.  He served on the boards of St. Stephen’s and St. Agnes School, Inova Health System and was President of the medical staff of Fair Oaks Hospital.

Lee was an avid fisherman and bird hunter spending the summers with his family on the Rappahannock River and Chesapeake Bay fishing for spot and croaker.  He spent winters hunting geese on the Eastern Shore of Maryland and pheasant in the corn fields of South Dakota. He was an accomplished golfer and could often be found playing a round or participating in a tournament at Belle Haven Country Club where he was a member.  He also traveled annually with other physicians to Pinehurst to play golf at numerous courses.

Lee was a life-long Washington Redskins fan and enjoyed bus trips to RFK stadium with family and friends.  He always tried to make the home games and even flew the family out to San Diego for Superbowl XXII where the Redskins whipped the Denver Broncos 42-10!

Lee and his wife Beth had a passion for travel and particularly enjoyed taking the family to Europe.  Lee mastered driving on the wrong side of the road and had a fondness for visiting every church he could find. One of his favorite trips was when the family stayed in a castle in Ireland and went skeet shooting on the castle grounds.

If you caught him at home, it is likely he would either be grilling a nice juicy steak, eating crab cakes or sitting in his recliner eating pistachios, doing a crossword puzzle or watching prize fights or the Golf channel.  He would always have either a full vegetable garden or some tomato plants in the yard for his own fresh produce. Lee Smith lived a full life and didn’t waste a moment of his 84 years.  He dedicated his life to his family, his hundreds of patients and to his Country.

A graveside service will be held at the Greenwich section of Bonaventure cemetery in Savannah, GA at a later date. In lieu of flowers, donations can be made to the American Cancer Society at https://www.cancer.org/

My second father!!!! Truly the dearest soul ❤️ It has been a blessing to be a part of his family for almost 35 years, and each of you are in my prayers now, always.

Dr. Smith was both a wonderful doctor and incredible person. I always "enjoyed" my appointments---our conversations about politics, Georgia or whatever. I first met him when he treated my mother for cancer. I know, she lived longer because of his care. And later, I became his regular patient, primarily because of cysts.. During a "routine appointment," he told me to check into the hospital--he recognized my cyst was cancerous. He truly was one of --if not the best--doctors I have ever known. He did much for all. A great person and doctor. Love and sympathy to his family.

I am so sorry to hear this news! It has been a long time since I’ve seen him. I was very young and my daddy Oliver Buddy Grady Smith went to Barbara’s house and his kids were very little! Wonderful family

To Beth and “Roy Junior’s” family, I have the happiest childhood memories of our gatherings at Mamma’s. Although our lives were purposed in different locations, I do thank you for your heart and profession when I was in need. Praying that God wraps his arms around the family in comfort during this difficult time. Rest in peace, my cousin.