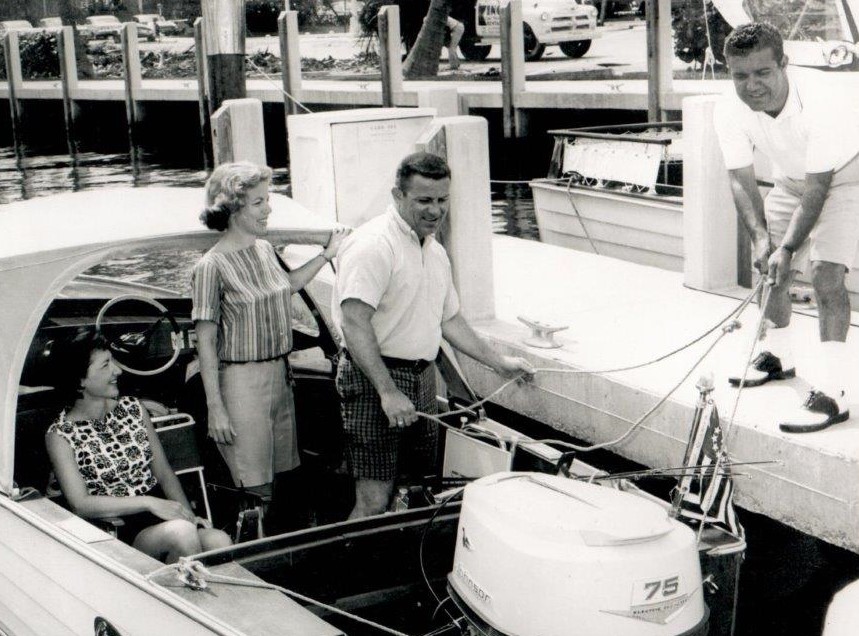 Troy Albert Bouy, 90, passed away peacefully at home Thursday, January 16, 2020 surrounded by his family. Troy was born on August 30, 1929 to Joseph Albert & Antionette Trouard Bouy in the Sugar Refinery Village in Port Wentworth, GA. He attended Lake Charles High School for two years in Louisiana before graduating from Savannah High in 1949 and graduated from Southern Tech. After college, he returned home and joined the Air National Guard Reserves. He married the love of his life, Frances Bacon Bouy, on August 14, 1954.

Mr. Bouy was a retired residential and commercial builder in Savannah, GA. Most of his 40 years in the construction industry was spent working with his business partners, Bill Hall and Harry Howard under Bouy, Hall, & Howard. He stamped his architectural designs in many buildings in and around Savannah. Troy was a member of the Chatham County-Savannah Metropolitan Planning Commission in the early 70’s. He served as the President of the Home Builders Association of Savannah in 1964 and was inducted into the Hall of Fame in 1999. He symbolized the best and brightest of the industry. His greatest accomplishment in the industry was the continuance of the Bouy legacy by his two sons, Mark and Brett.

Of all of his accomplishments, his greatest was his family. He loved spending time with his children and grandchildren on the May River in Bluffton, South Carolina, and shrimping with his father, Papa Joe. Most days you could find Mr. Bouy outside, golfing, throwing the cast net, bird hunting, and spending time with his friends. He was most proud of his French and Cajun roots.

The family would like to thank everyone who took care of Troy during his final years: Judy Omans, Your Choice homecare, Hospice of Savannah, and Firstlight Homecare.

Mass of Christian burial will be held Tuesday, January 21, 2020 at 10:00 am at the Cathedral of St. John the Baptist with Father Brett Brannen, celebrant, assisted by Father Patrick O’Brien.

Entombment will be in Hillcrest Abbey, East, Mausoleum.

Remembrances in Troy’s honor can be made to Hospice of Savannah and The Carmelite Monastery.

There was only 1 Uncle Troy. We love him and miss him. Our thoughts and prayers to all the Bouy’s.

May our Lord bless and comfort you and your family during this time of grief. Please accept my sincere condolences

Mrs. Bouy please except my condolences to you and your family. Troy will be remembered by all who knew him for his kindness and humor. He treated everybody the same no matter who you were. We will miss him.

GOODBYE TO A LONG TIME FRIEND. MAY YU REST IN PEACE.

Jim and I were saddened to hear of Mr. Bouy’s passing. He always had a big smile and a hug ready for everyone he met. Our thoughts and prayers are with y’all at this time. Jim and Pam Waters

Peace, Prayers and Blessings to the Bouy Family. May the prayers of those who love you carry you through this time of sorrow.

Your family remains in my thoughts at this very sad time. May you be comforted by the all those near and far lifting you up in prayer.

It's hard to say goodbye to our friend and classmate. We will miss you, buddy. Nelda and 1949 classmates

May you find peace and comfort at this time of sorrow. May the love of family and friends hold you in their arms and treasure the wonderful memories in your heart. We all have lost a great friend.