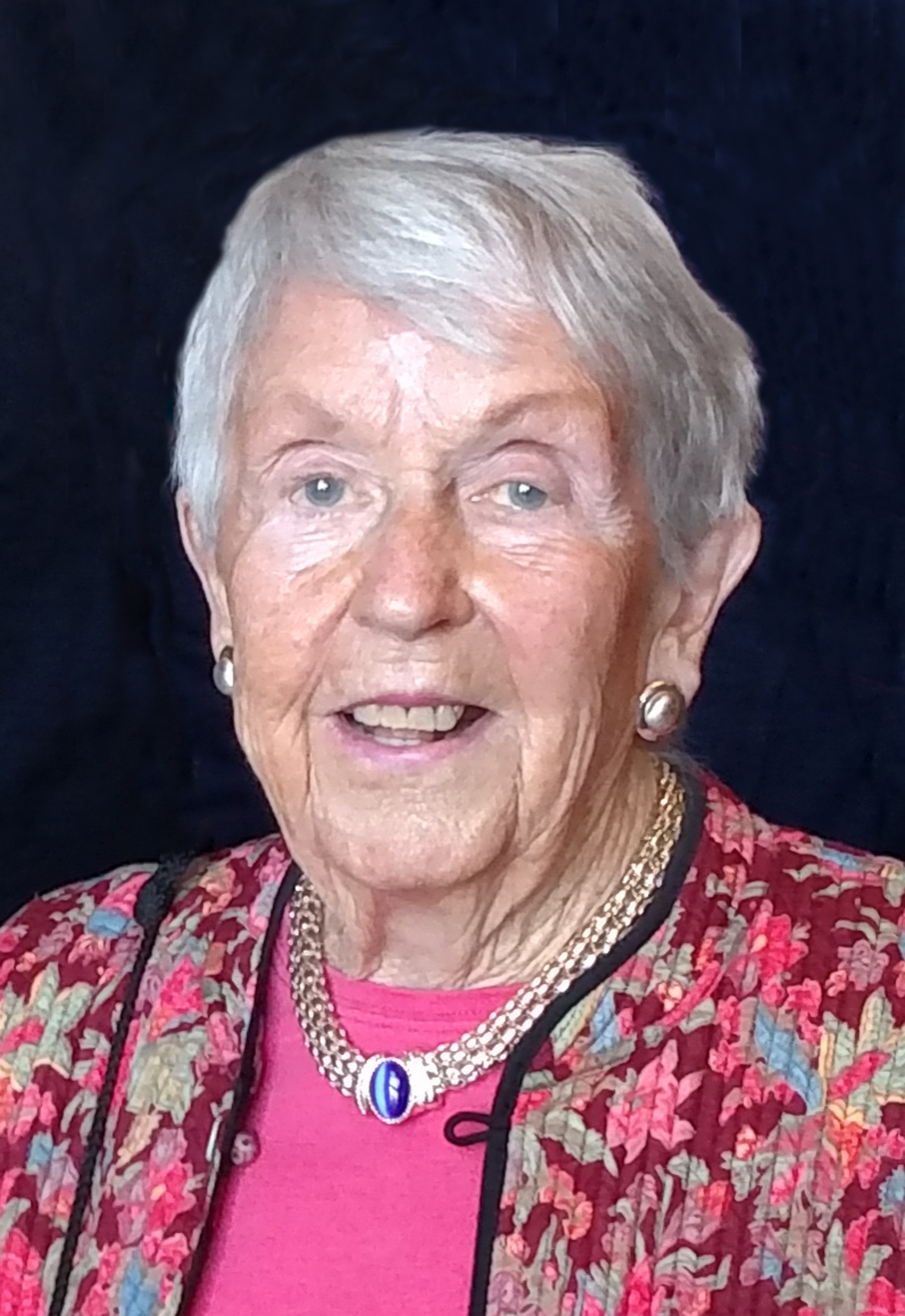 Gloria Garlick Bogle passed away on December 30, 2019. Gloria was born in Wappingers Falls, NY in 1926 to Dr. William E. Garlick and Lydia Booth Garlick. She graduated from Oakwood Friends School in Poughkeepsie, NY in 1943 and Wellesley College in Wellesley, MA in 1947 with a BA in Mathematics. She married William F. Bogle, Sr. in October 1949. Gloria and Bill knew each other all their lives, even sharing a playpen together as children. After graduation from Wellesley she worked for Texaco and IBM, having to resign from the latter when she was married as IBM did not permit married women to hold jobs at that time. She and Bill moved to Poughkeepsie, NY in 1949, and built their house in 1952. She worked as a bookkeeper for many local businesses including J. Arnold Woods Jewelers in Poughkeepsie, and substitute taught in the Poughkeepsie City School Districts. In 1966 she went to work at her Alma Mater Oakwood Friends School as the Alumni Coordinator and College Counsellor. At Oakwood she had many jobs, including mathematics teacher and department head, Accreditation Leader, and Assistant Head of School. She retired in 1982 to join her husband Bill as co-Executive Directors of the Westchester (NY) Golf Association, and Executive Director of the Westchester Caddie Scholarship program. Both she and Bill retired in 1990, splitting time between Poughkeepsie, NY and North Myrtle Beach, SC. In 2017 she sold the family home in Poughkeepsie after 65 years and moved to Savannah, GA, where she was active at Savannah Square, an independent living facility. We want to thank the community and her care givers from Comfort Keepers, especially Courtney and Claudette, and her nurse Gwen and everyone at Hospice of Savannah, for their support and care for Gloria in the last months of her life.

Golf was always in Gloria’s life. Her father Dr. William E. Garlick was a Life member at Dutchess Golf & C. C. in Poughkeepsie, NY, having supported the club to grow from 9 to 18 holes. As a teenager Gloria won the Florence Keys Women’s trophy three years in a row, retiring the trophy. She won seven Women’s Club Championships at Dutchess Golf & Country Club and many more Senior and Super Senior titles. She was always there when her husband Bill competed on the State and National golf scene, taking care of the children and rooting him on. A lifelong member of Dutchess Golf & Country Club, as was her husband Bill, they were both made Honorary Members of the Club. She was also a member of the Surf Club in North Myrtle Beach, SC. Gloria had two Holes in One, the first after more than fifty-five years of playing golf. She played golf into 2017, spanning over 80 years of golf.

Gloria was a longtime member of the Poughkeepsie Junior League, and its president from 1959-61, as well as being named Volunteer of the Year in 1974. She was a member of the Poughkeepsie Garden Club. She volunteered at the Cupboard at Vassar Brothers Hospital. She loved gardening, arranging flowers, and playing bridge. She was honored for her work and support of Oakwood Friends School in 2013 as its Distinguished Alumna. Gloria was proud that all three children and her two grandchildren, Emily and Justin, received a wonderful education and experience at Oakwood Friends School.

A private family burial service will be held in the future.

My condolences Bill and Carol to you and your family. So sorry for your loss

I remember her fondly.

Our sincere condolences to you and your family on the passing of your mother. May we all have as full and satisfying a life as she had... and may God bring you peace as the wonderful memories of her replace the grief of her passing.

My thoughts and prayers are with the Bogle Family. Mrs. Bogle was one of the kindest people I ever met. It was a blessing sitting in her Algebra I classroom at Oakwood School.

Our sincere sympathy to Bill and Carol and your family on the passing of Bill’s Mom. She lived a long and wonderful life to the fullest. May your many happy memories help you through this difficult time. Rest In Peace Mrs. Bogle.

Julie , what a beautiful story of a full life. My heart goes out to you and your family. I am so sorry for your loss. May Gd bless your Mom in heaven♥️