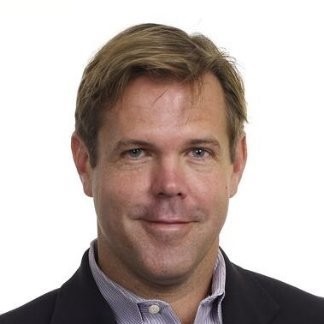 Jeffrey Bryan Reid (51) died October 19, 2019 at home after suffering for over three years with cancer. He is survived by his mother, Marilyn Kay Reid, and his sister, Elizabeth Reid DeWitt, and brother, Gregory Allen Reid, and his two children Cooper McInnis Reid and Mary Tarver Ellis Reid.

Jeff was born in Phoenix, Arizona in 1968 and grew up in Dallas, Texas where he graduated from Jesuit College Preparatory in 1986 where he excelled at playing soccer. He graduated from the University of California - Berkeley in 1990 where he continued to play soccer and became knowledgeable about computer science in the early days of the high technology industry in California.

Jeff worked for an impressive number of high technology companies starting with Trilogy in Austin for 4 years where he opened the European office in London as Director of Business Development. He also worked at Siebel Systems for 6 years as District Manager, NetSuite for 2 years as Vice President for Enterprise Sales and RightNow for 3 years as Senior Account Executive. Jeff lived a life of adventure in the early days of the high technology industry and he was able to live in Palo Alto, San Mateo, Dallas and London during his career and he became friends with many interesting people from around the world.

The family will receive friends in Savannah, Georgia from 5:00 pm until 6:00 pm on Thursday, October 24, 2019 followed by Rosary Prayer Service at Fox and Weeks Funeral Directors, Hodgson Chapel. The funeral mass will be at Blessed Sacrament on Friday, October 25 at 10:00 am.

The family suggests any remembrances be made in his memory to Jesuit College Preparatory School in Dallas or to Blessed Sacrament Catholic Church in Savannah.

They say time heals all wounds, but that presumes the source of the grief is finite.

They say time heals all wounds, but that presumes the source of the grief is finite.