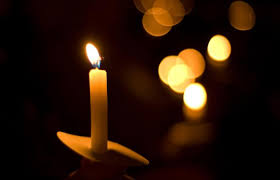 John Franklin Gillespie, died November 1, 2019, All Saints Day. John was born on April 9, 1925, to the late Joseph Gill Gillespie and Margaret Lee Dean Gillespie in Murfreesboro, TN, and spent the first year of his life there until the family moved to Savannah, GA. John attended 37th Street School for grades 1-6 and 35th Street School for 7th and 8th, and was the first graduating class from Savannah High to complete all four years at the new school. After graduating in 1943, John enlisted in the Army Air Corps, following in the steps of his brothers, Joe and Edward, to become a pilot. By the time he completed flight training, there was no longer a need for pilots, so John became certified as an airplane electrical mechanic gunner. After being discharged, he attended Georgia Tech on the GI Bill and graduated in 1950 with a BS in Industrial Engineering. Upon graduation, John was commissioned as a Second Lieutenant and was in the Air Force Reserves until 1953.

On September 13, 1952, John married the love of his life, Alberta Elizabeth Smith, a nurse, with whom he raised four children. John worked as an engineer with the Savannah River Plant, which was then being built. Following that job, John began his career as a salesman and manager of heavy construction and farm equipment. He worked for Caterpillar, Inc. in Peoria, IL and Clark Equipment Company in Atlanta and Baltimore. The family moved to Columbia, SC in 1969, where John become part owner and sales manager for Turner-Coleman Equipment Company. John opened a Precision Tune in Savannah in the early 1980’s, and John and Alberta moved back home to Savannah in 1984 where John eventually retired.

John was a witty and intelligent man who loved to solve puzzles with his hands or a raucous debate. He was skilled in bridge, poker, cribbage, and backgammon and was an avid golfer well into his 80’s; he enjoyed his retirement living on the golf course. John was deeply connected to the sea and shared this love with his children and grandchildren on boating and fishing trips, crabbing expeditions, and cast netting adventures in the backwaters of Savannah. Most importantly, John was a family man; family was central to him, and he had a very close relationship with his children and grandchildren and deeply loved his five great grandchildren. John was a giant of a man and father and will be remembered for his kindness, humbleness, devotion, and sharp sense of humor.

A private family burial at Bonaventure Cemetery will be followed by a memorial service and reception Saturday, November 9, 11:30 am at Skidaway Island Presbyterian Church on Skidaway Island.

In lieu of flowers the family suggests that remembrances be made to Renaissance Presbyterian Church “Gillespie Memorial Fund” PO Box 3207, Chattanooga, TN 37404.