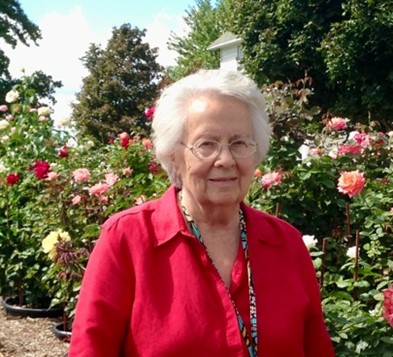 Janet lived the last 8 years of her life in assisted living and memory care facilities in Williams Bay, WI, Vernon Hills, IL, and Savannah, GA.  She was blessed to have received wonderful care from very caring individuals.

Janet was most proud of the 45 years she lived in Northbrook, Illinois where she raised her family amongst lovely neighbors and was active in garden club, bridge groups, and church activities.

Janet will be interred at Ascension Catholic Cemetery in Libertyville, IL in a private family ceremony. Janet’s family extends heartfelt thanks to all the kind words and gestures given to her during her life.

Jim and I were sorry to hear of your loss. We had many happy visits with your family when you were young children and then at your weddings and ours and finally outings on the sailboat when the Grasbergers came into town. After your father died, I had happy lunches with Janet at Butterfields where she always ordered the strawberry crepes and we caught up on family news. She was at assisted living in Vernon Hills for a short time when Jim's sister was there for a month. Janet kindly took Ann under her wing, making the adjustment much more bearable for Ann. We will be forever grateful to Janet for her goodness.