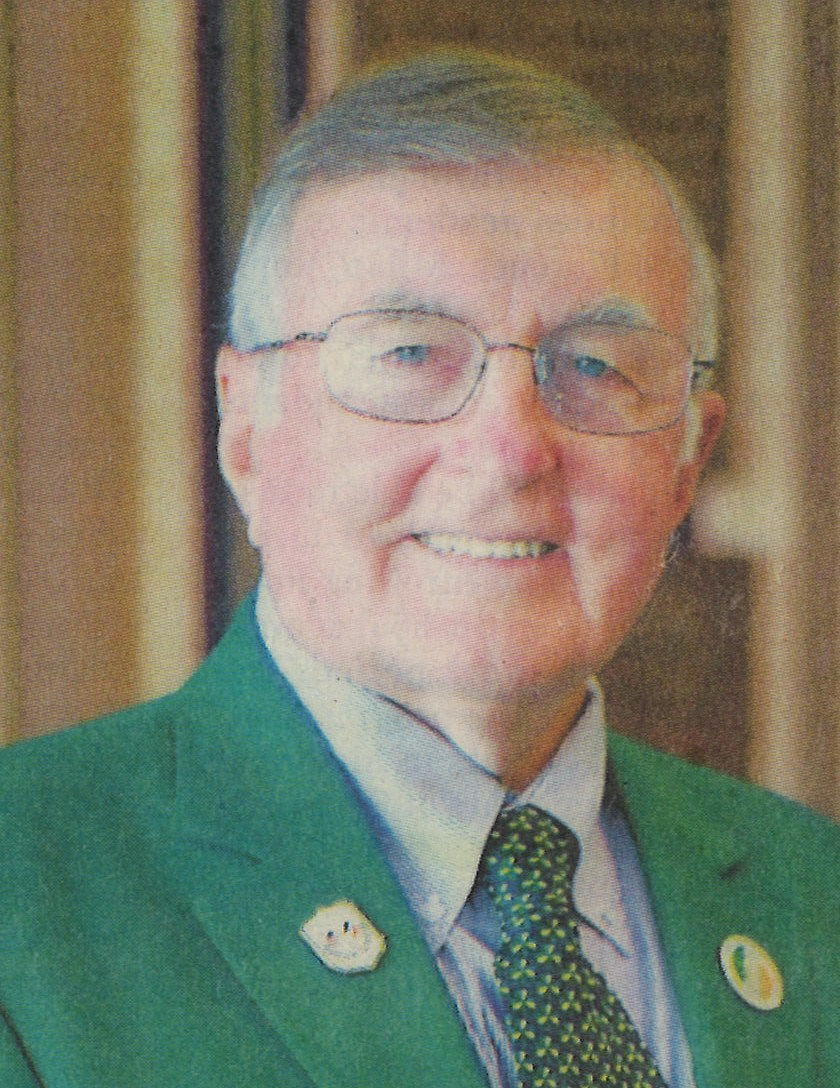 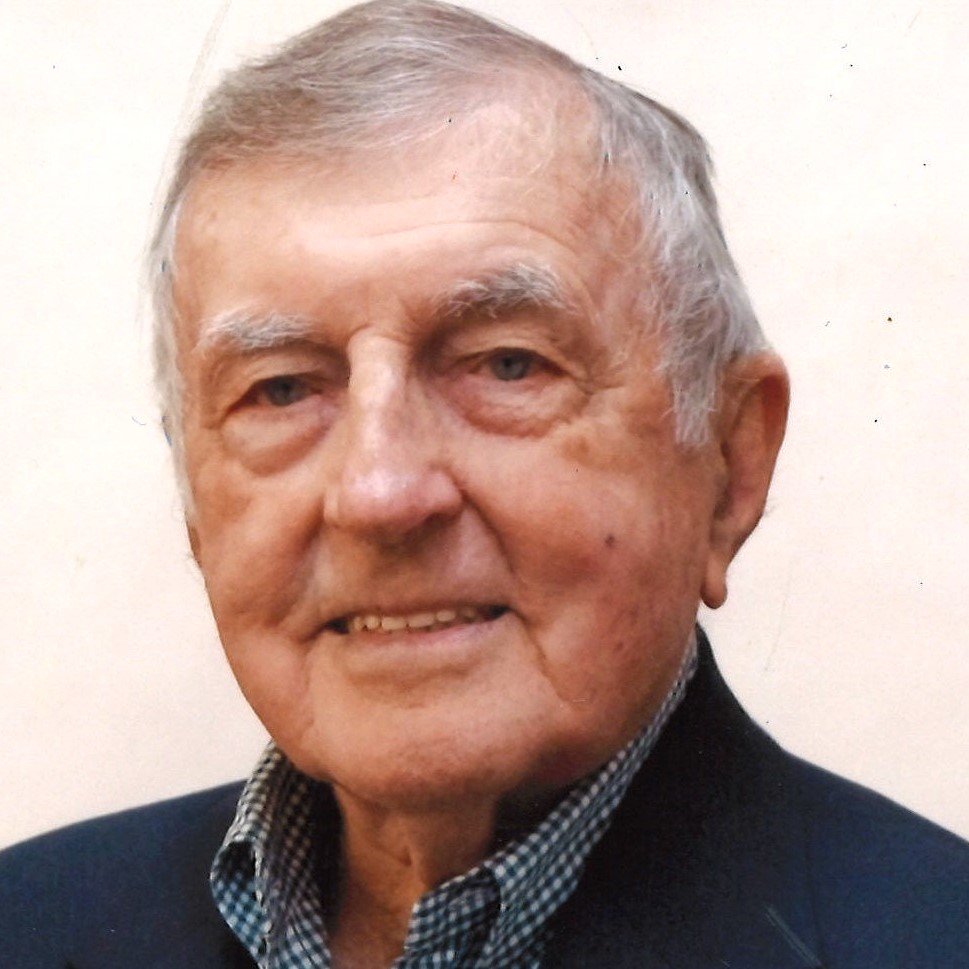 John Valentine Burke, age 91, died Friday, September 17, 2021 at his home with his family by his side.  He was born in Falmouth, Maine on March 2, 1930 to the late John Joseph Burke of Gort, County Galway, Ireland and Edith Margaret Taylor of Falmouth, Maine.  The only son of an Irish immigrant, he met his wife of 50 years, Helene Hodges Burke, while stationed as a Marine at Paris Island in Beaufort, S.C.  They married on July 5, 1953 at St. Michael’s Catholic Church on Tybee Island and had two daughters.  After being discharged from the Marine Corps in 1957, John took a job as a cub reporter with the Savannah Morning News and Evening Press.  There he discovered his love of writing and reporting, and his special love for the outdoors.  He became the outdoor editor for the newspaper focusing on fishing, hunting, and related outdoor activities.  He loved his work so much he did not retire until the age of 79.  Retirement lasted about a week when he took a position with the Savannah Morning News as a contributing writer.  He wrote a weekly column on fishing and continued until he was 90 years old.  Only the pandemic, that shutdown everything, brought him into full retirement.

John had many interests and accolades throughout his life.  He traveled to Alaska several times, hunting, fishing, photographing, documenting, and writing about America’s last frontier.  He shared these stories in newspaper articles, civic presentations, and conversations with wildlife enthusiasts.  One of the greatest honors he treasured in his life was being selected as Grand Marshal of the 2007 St. Patrick’s Day Parade.  It was an honor and memory he cherished to his last day.  He also prided himself in participating in at least 2 Boston Marathon’s after the age of 50.  He was inducted into the Greater Savannah Athletic Hall of Fame in 2013 as a citation honoree for the contributions to the Savannah sports scene.  A personal favorite was winning a company sponsored golf tournament at Augusta National and being able to get a hole in one when he was over 80 years old.  He served on numerous boards through the years and had an avid love for fishing and hunting and the conservation of the sport and livelihoods it provided.  He was a member of the St. Patrick’s Day Parade Committee having served on the Executive Board and the Adjutant’s Staff for many years.  He was past president of the Irish Heritage Society, a member of the Sinn Fein Society and the Friendly Sons of St. Patrick.  He was a founding member of the Savannah Striders organizing the first full marathon to be held in Savannah.  He was responsible for helping bring the Annual Boat Show to Savannah in the 1950’s.  He was a member of the Marine Corps League, Catholic Veterans Association, Forrest City Gun Club, Knights of Columbus and a lifetime member of the American Legion.  As an avid golfer, he was a member of several golf clubs through the years, but especially enjoyed his blitzes at Bacon Park Golf Club and Black Creek Golf Club.  He was a devout Catholic and had been a communicant of Blessed Sacrament Catholic Church and St. Peter the Apostle Catholic Church.

In addition to his wife and parents, John was predeceased by his grandparents who helped raise him, Prescott and Edna Taylor of Falmouth, Maine and a brother-in-law, William F. Hodges of Savannah.

The family will receive friends from 10 a.m. to 11 a.m. Tuesday, September 21 at St. Peter the Apostle Catholic Church.  A Mass of Christian Burial will follow at 11:00 a.m.

Burial will be private.

In lieu of flowers, remembrances may be made to St. Vincent’s Academy, 207 East Liberty Street, Savannah, GA 31401.

I don’t know that I’ve ever met anyone like John Burke. One of a kind. He was the consummate Southern gentleman. The best kind of outdoorsman. I loved him like a father. The world is a lesser place now. I know his beloved hunting dogs met him when he arrived in heaven. I’m sure he was dressed in his camouflage and was ready to tear it up. Rest eternal grant to him, o Lord, and let light perpetual shine upon him.

Condolences to his Family and Friends

Such a kind and generous person. If you had the privilege of meeting John, you knew you had a friend forever. He could talk hunting, fishing, low country boils, Irish Community, the Marines, his commitment to church etc. Savannah has lost one of the good ones, and our family lost a wonderful friend and mentor to my great nephews. We will miss you John Burke ☘

It was over fifty plus years ago, that a friend and I were sitting around my house one soon to be hot summer day. Bored out of our skulls, and being of an age where if nothing else , we could often find trouble that usually brought short lived entertainment but always with a price. My mother, somehow seized the moment and called John Burke. She pleaded with him to take us fishing. Mr. Burke whom I had never met, graciously picked us up that morning and off we went. It was an adventure that has stayed with me to this day. We caught fish while he ran the boat and I don’t recall him ever picking up a rod. The world would be a better place if we had more John Burkes. One fine man, a priceless memory, he will be missed. My condolences to his family. John McCarthy

John was a wonderful man, a true Southern gentleman (though a Maine native). We worked together at the SMN in the late 1980s, and I have always remembered his kindness, wisdom, generosity and million-dollar smile.

Mr. Burke was a real treasure that we will all miss. I loved his Monday morning phone calls about my fishing. We always had a good talk about fishing and then almost always a little hunting talk. Thank you Mr. Burke .

A great man is needed in Heaven so we will do with memories. Past history is what we have but there is a lot. RIP John V we miss you already.

Sadly, Mr. Burke was the last of his kind. Irish Catholic to the core of a true Southern Gentlemen. He will be missed by every single person that had the pleasure of making his acquaintance. May he rest in The Peace of the Risen Christ. St. Patrick pray for us.

John was truly a fine man and brought joy into a lot of lives. A great Irishman and a great friend to many. It was an honor to have known him. Rest In Peace old friend!

Praying for hos family and may he RIP. Let perpetual light shine upon him.

John was one of the first people I met at the SMN. What a wonderful, true southern gentleman and friend he was. Thank you John for welcoming me into the paper business and for the talks. Rest In Peace my friend.

I am so sorry for your loss. I know he will be greatly missed. My heartfelt condolences to your family during this time of sorrow. You are in my thoughts and prayers.