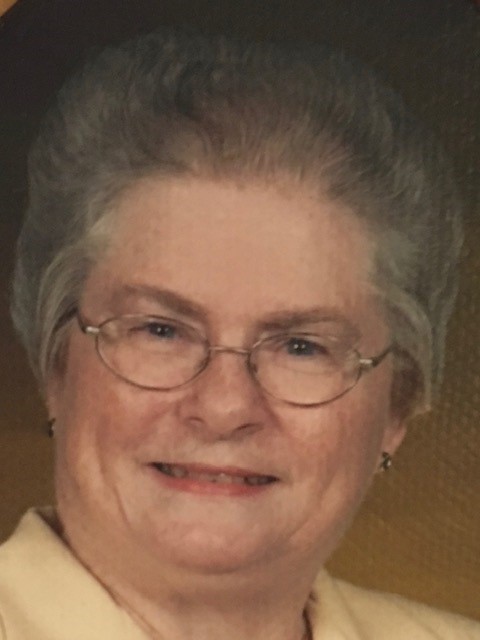 Laura Louis Vaughn Hook (Lou), 85, died on July 20, 2020. After a courageous effort, she lost her battle with COVID19 while her family prayed for her from afar.  Lou was preceded in death by her husband, LG Hook, her daughter, Laura Head Thomas (Mike); her sister, Patricia Vaughn Biggerstaff, of Hazlehurst, GA; She is survived by her daughter, Theresa Head Turner (David) of Lecanto, FL; her brother, David Fletcher Vaughn, Jr (Susan) of Savannah, her beloved niece, Leslie Pearson Mills (Bryan) of Hazlehurst, GA ;her nephew Vaughn Pearson of Savannah ;and her stepchildren, Sandra Mote (Danny), Glenn Hook and Patricia Hook, all of Savannah. She was also survived by her grandchildren, who meant so much to her – Ashley Turner of Zimmerman, MN; Kristin Turner Jones (Lance) of Maple Valley, WA; and Dr. James Turner (Kristen) of Advance, NC as well as many beloved grandchildren, nieces and nephews.

Lou was born in McComb, MS on October 12, 1934.  She spent her early life in Magnolia, MS and moved to Savannah in the year she was in the 7th grade. She graduated from Savannah High in 1952.  She married James W. Head, the father of her 2 children, in 1956.   Lou was always very active in her church. Her faith was the center point of her life.  During an interview with her granddaughter Kristin, when asked what was the most important lesson she had learned in this life, Lou responded, “Trust in God. He always answers prayers, even though they may not be the answer you want.  Be kind to others – patient and loving.  Be true to yourself. Life isn’t always fair, but God never said it would be easy.”  She was a faithful and active member of Isle of Hope United Methodist Church for the last 20 years. Her church family was a very special part of her life.

Lou was a devoted mother and a fiercely loyal friend.  She loved her family.  She married her “soul mate” LG in 1976. They were married for 41 years at the time of his death. She was talented and loved to embroider and do needlepoint.  She learned to read at a very young age and reading was a lifelong passion for her.  When her girls were young, when the family would go on vacation in Daytona, FL, she would go have her “fun” betting on jai alai because her beautiful “Irish” skin burned far too easily when the family would go to the beach. Her hobbies were as varied as they were interesting! She instilled in her girls her strong work ethic. When asked about it, she replied “Still do your best because you still need to satisfy yourself regardless of others.  If you apply yourself, you will be surprised what you can learn.”  She had a lifelong love of learning. She lived a full life with many friends and a family who loved her dearly.

The family would like to give a special thank you to the staff at Azalealand, Lou’s home for the last 3 years. Her daughter, Theresa, says she couldn’t possibly have made it through this time without the support of the following amazing people: Leigh, Michelle, Patricia R, Carolyn, Patricia S., Janey, Lucy, Caroline, Marcella, Stephanie, Nancy, Miss Virginia, Miss Pitts, David, Bess, Brie, Marnie, Keia, Syreeta, Phyllis and Ann.  All of you will forever have the love and gratitude of “Mama Lou’s” (as she was affectionately known at Azalealand). In closing, her daughter, Theresa, would like to leave you with Lou’s outlook on life! “I believe you have to be true to yourself and stand up for your beliefs. I do believe that there is one God, but that doesn’t mean one religion. I believe we all, no matter who we call it, we all worship the same God.”

Because of COVID19, there will not be a Celebration of Life until the SCIENCE says it’s safe for us all to gather in the church.   The arrangements will be released after the safety threshold has been met.  In lieu of flowers, donations can be made to the Missions Fund of Isle of Hope UMC or to Homes for Troops.

I loved Mama Lou and will miss her terribly. I’m so sorry for your loss. She was confident in her Lord and is at peace now and I hope that comforts you

I always loved her beautiful smile, bright blue eyes, and big bear hugs. May Mama Lou rest in peace. She will be dearly missed.

You know our hearts are heavy with her passing. We loved her so much. She was a very special person and this obituary is beautifully done and an honor to such a beautiful soul.

Lou was one of a kind and loved by all. My deepest sympathy goes out but remember you will always have memories. Ms Hook Rest In Peace with your beloved LG!

My condolences. Lou was a lovely and warm lady, always positive and smiling.